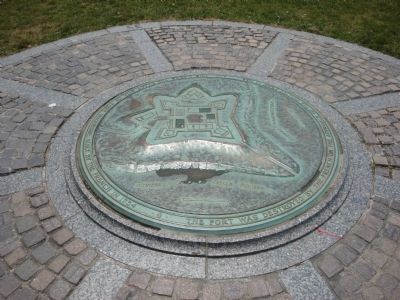 The Fort was destroyed by the French on the approach of the English Army in 1758 . This historical marker is in Pittsburgh in Allegheny County Pennsylvania

This marks the exact site of Fort Duquesne, built by the French in 1754

Topics. This historical marker is listed in these topic lists: Forts and Castles • War, French and Indian. A significant historical year for this entry is 1754.

Location. 40° 26.497′ N, 80° 0.656′ W. Marker is in Pittsburgh, Pennsylvania, in Allegheny County. Marker can be reached from Three Rivers Heritage Trail. Located in Point State Park, the outline of the fort can be seen marked in the ground, with the plaque in the center. Touch for map. Marker is in this post office area: Pittsburgh PA 15222, United States of America. Touch for directions. 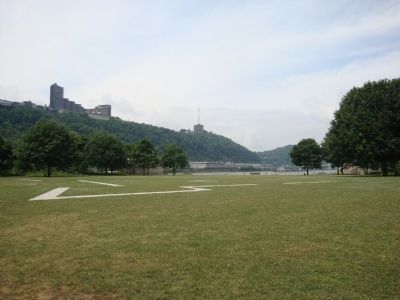 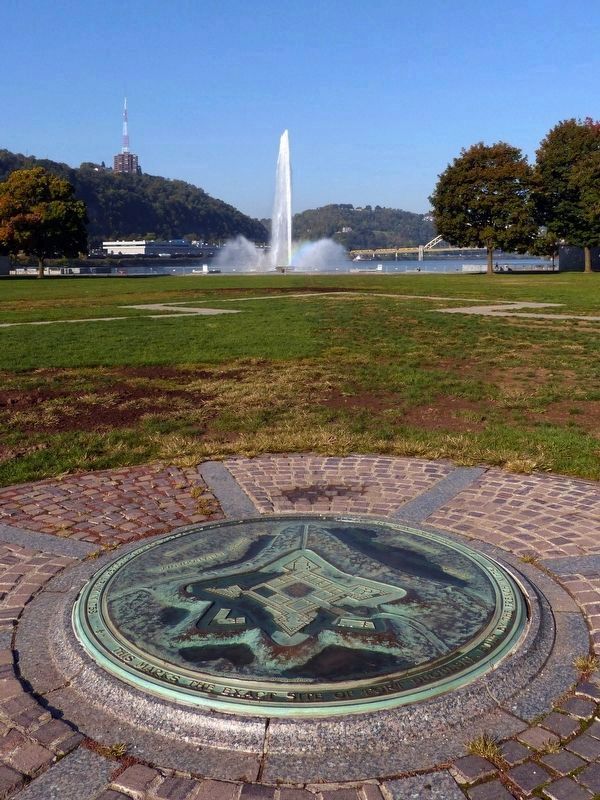 By Allen C. Browne, October 15, 2016
3. Fort Duquesne Marker
The fountain markes the confluence of the Monongahela and the Allegheny Rivers. 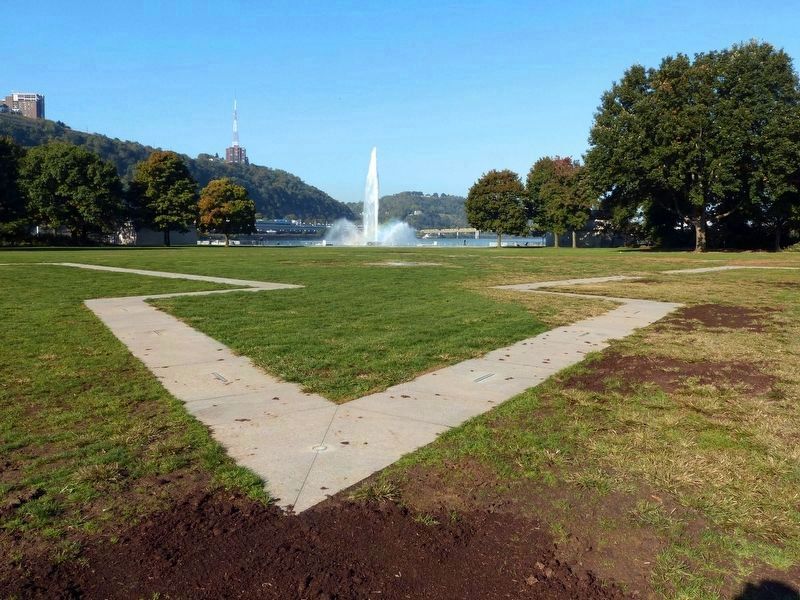 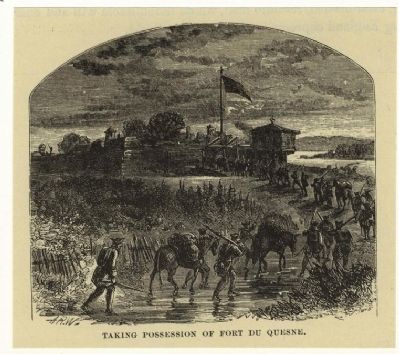 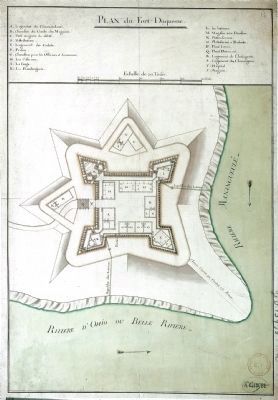 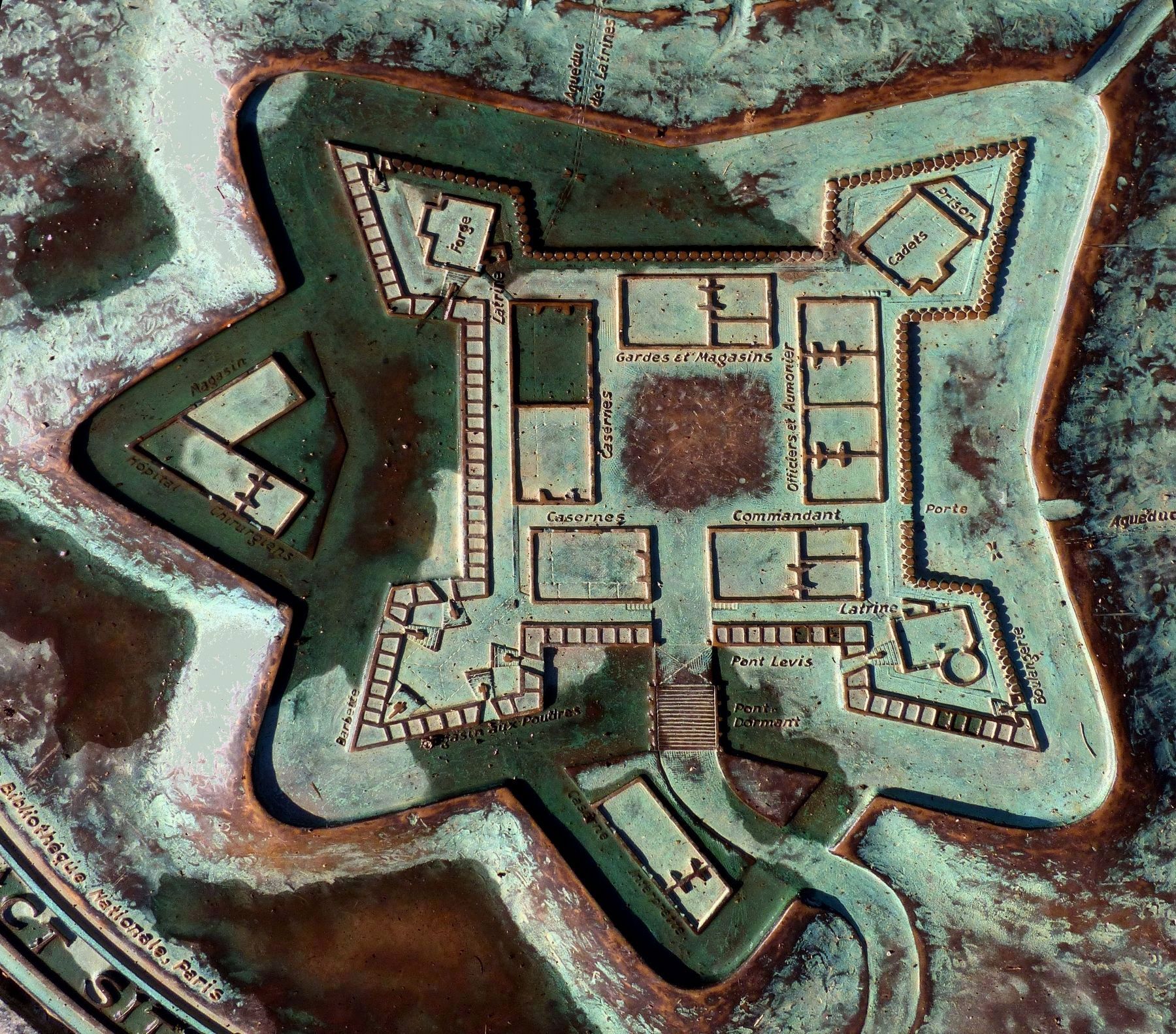 By Allen C. Browne, October 15, 2016
7. Map of Fort Duquesne
From the contemporary military drawing in the Biblioteque Nationale, Paris.
Close-up of image on marker 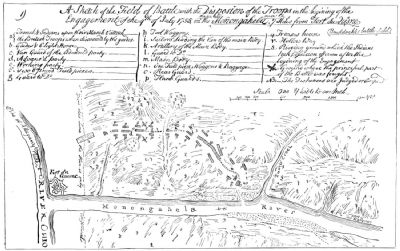