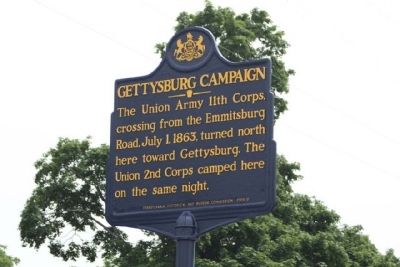 By Mike Stroud, June 18, 2011
1. Gettysburg Campaign Marker
Inscription.
Gettysburg Campaign. . The Union Army 11th Corps, crossing from the Emmitsburg Road, July 1, 1863, turned north here toward Gettysburg. The Union 2nd Corps camped here on the same night. . This historical marker was erected in 2008 by Pennsylvania Historical And Museum Commission. It is in Barlow in Adams County Pennsylvania

Topics and series. This historical marker is listed in this topic list: War, US Civil. In addition, it is included in the Gettysburg Campaign, and the Pennsylvania Historical and Museum Commission series lists.

Other nearby markers. At least 8 other markers are within 2 miles of this marker, measured as the crow flies. Barlow and General Eisenhower (a few steps from this marker); 5th Wisconsin Volunteers (approx. 1½ miles away); 49th Pennsylvania Infantry 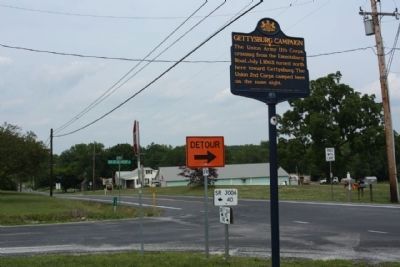 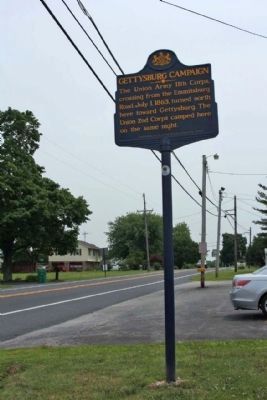