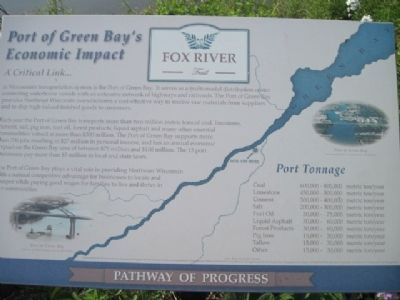 in Wisconsin’s transportation system is the Port of Green Bay. It serves as a multi-modal distribution center connecting waterborne vessels with an extensive network of highways and railroads. The Port of Green Bay provides Northeast Wisconsin manufacturers a cost-effective way to receive raw materials from suppliers and to ship high-valued finished goods to customers.

Each year the Port of Green Bay transports more than 2 million metric tons of coal, limestone, cement, salt, pig iron, fuel oil, forest products, liquid asphalt and many other essential commodities valued at more than $300 million. The Port of Green Bay supports more than 700 jobs resulting in $27 million in personal income, and has an annual economic impact on the Green Bay area of between $75 million and $100 million. The 13 port businesses pay more than $5 million in local and state taxes.

The Port of Green Bay plays a vital role in providing Northeast Wisconsin with a natural competitive advantage for businesses to locate and prosper while paying good wages for families to live and thrive in our communities. 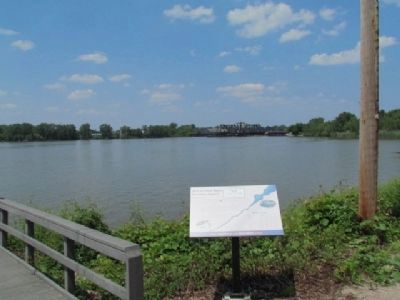 Location. 44° 30.05′ N, 88° 1.231′ W. Marker is in Green Bay, Wisconsin, in Brown County. Marker can be reached from the intersection of Eliza Street and South Madison Street. Located on the Fox River Trail. Touch for map. Marker is in this post office area: Green Bay WI 54301, United States of America. Touch for directions. 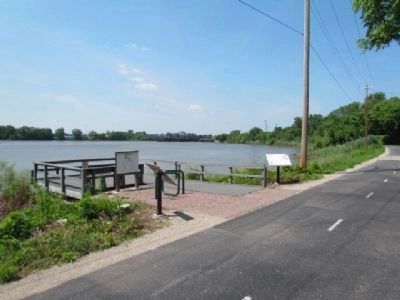