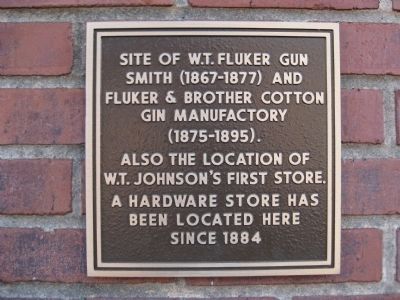 Topics. This historical marker is listed in this topic list: Industry & Commerce. A significant historical year for this entry is 1884.

Location. 33° 44.207′ N, 82° 44.325′ W. Marker is in Washington, Georgia, in Wilkes County. Marker is on East Robert Toombs Avenue (Business U.S. 78) west of Jefferson Street, on the right when traveling east. The building is located southeast of the square in downtown Washington, along the border of the Washington Commercial Historic District (a National Historic District). Touch for map. Marker is at or near this postal address: 22 East Robert Toombs Avenue, Washington GA 30673, United States of America. Touch for directions. 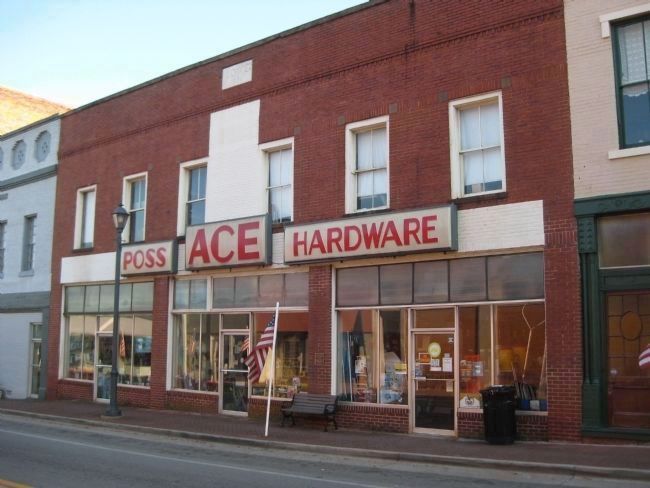 Photographed By AGS Media, October 2, 2009
2. The Lowe Building and Poss ACE Hardware
The marker is on the brick pillar to the right of the flag.

The marker does not mention by whom it was erected, but it appears very similar to other historical markers throughout the area that were erected by the Washington-Wilkes Historical Foundation.

Regarding Lowe Building. The gun smith, William Thomas Fluker, Jr., was a Civil War veteran of Company D, 15th Georgia Vol. Infantry, Confederate States Army. His great-grandfather, Owen Fluker was part of the Wilkes County Regiments Georgia Militia during the Revolutionary War, and is mentioned on the Kettle Creek Battlefield historical marker (approximately 9 miles away, in southwest Wilkes County - note there are multiple markers for that site).

William Theophilus Johnson's "first store" was indeed a hardware store, though in its early years, it sold a wide range of products, including wagons, furniture, and toys. Johnson eventually opened a separate store for dry goods and furniture, as well as a building materials supply. Johnson's businesses would grow to occupy an entire city block, and included Washington's 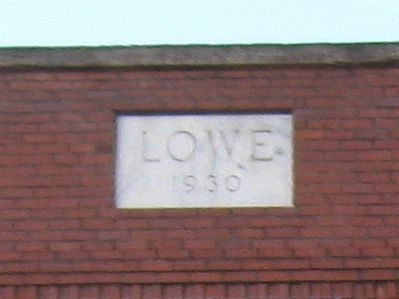