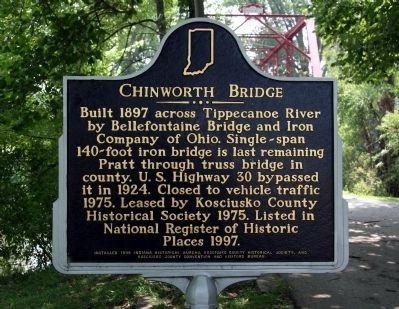 Topics and series. This historical marker is listed in these topic lists: Bridges & Viaducts • Industry & Commerce • Roads & Vehicles. In addition, it is included in the Indiana Historical Bureau Markers series list. A significant historical year for this entry is 1897.

Location. 41° 14.85′ N, 85° 54.65′ W. Marker is near Warsaw, Indiana, in Kosciusko County. Marker can be reached from the intersection of Old U.S. 30 and Road 350 N, on the left when traveling west. Marker is located within the Chinworth Bridge Trailhead Park. Park in parking 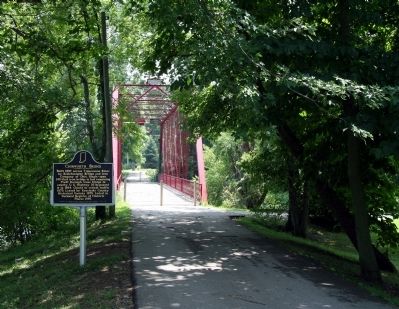 Click or scan to see
this page online
lot and walk to the marker. Touch for map. Marker is in this post office area: Warsaw IN 46580, United States of America. Touch for directions.

More about this marker. There is also a gazebo located in the park with information about the history of the Lincoln Highway. 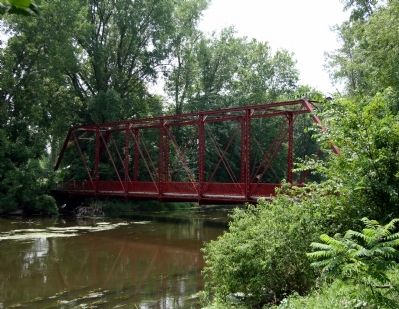