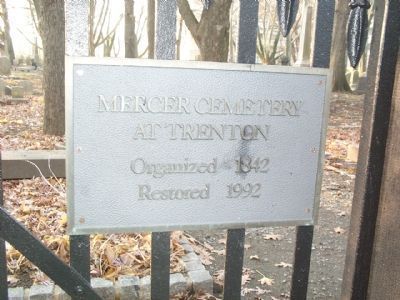 (On the Right Side)
Within these walls rest statesmen, politicians, soldiers and plain citizens of 19th century Trenton. Mercer Cemetery itself is a monument to their contributions to the life of this city.

Topics. This historical marker is listed in this topic list: Cemeteries & Burial Sites. A significant historical year for this entry is 1842. 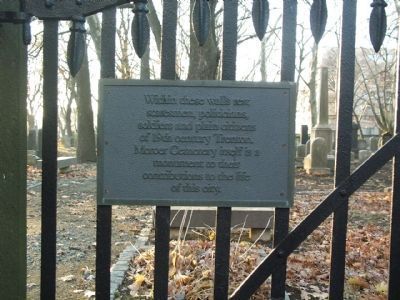 Photographed By Gary Nigh, December 2007
2. Mercer Cemetery at Trenton Marker

More about this marker. There are general markers at the main entrance on South Clinton Avenue, at the rear of the cemetery off of Magowan Street opposite the back entrance of the Department of Environmental Protection Building and at a service entrance from Barlow Street. The marker map index plaque is at the Magowan Street Entrance. 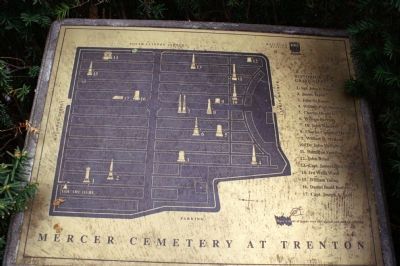 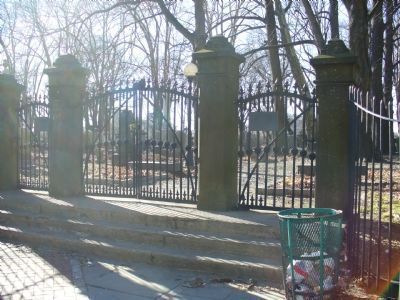 Photographed By Gary Nigh, December 2007
4. The Main Gate on South Clinton Avenue 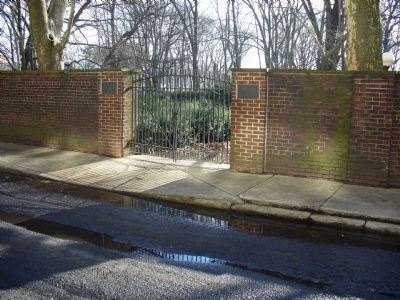