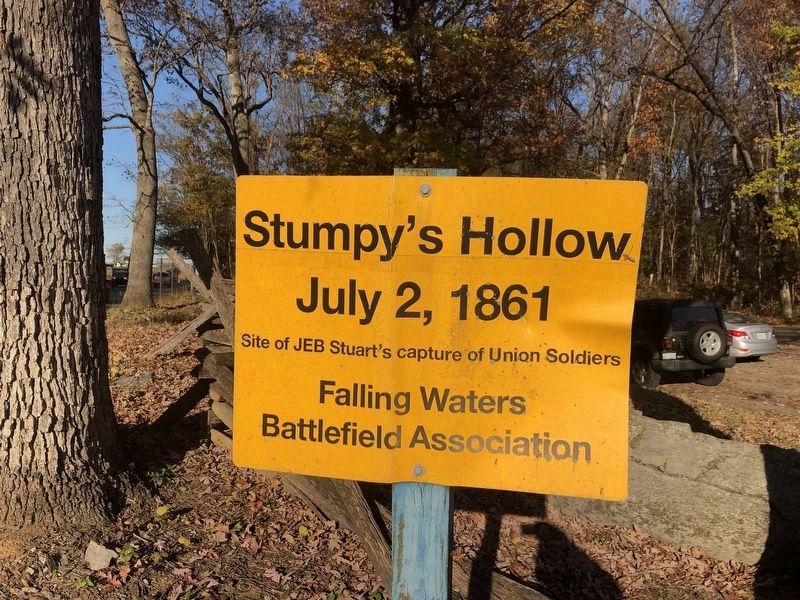 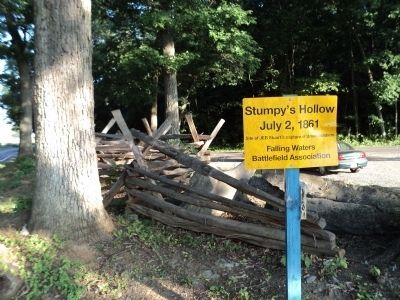 Additional comments.
1. Battle of Falling Waters
On July 2, 1861, 3,500 Union troops under Gen. Robert Patterson entered [West] Virginia north of here. His objective was to engage a Division under Gen. Joseph E. Johnston to prevent them from reinforcing the Confederates massing near Manassas. A company of the 15th Pennsylvania Volunteers rested at a split rail fence at this location while their captain reconnoitered. A mounted Lt. Colonel in a blue uniform approached and ordered the men to dismantle part of the fence so that he could pass. After the Pennsylvanians finished, the officer identified himself as Confederate JEB Stuart (still wearing his Union uniform) and demanded their surrender. With Confederate reinforcements 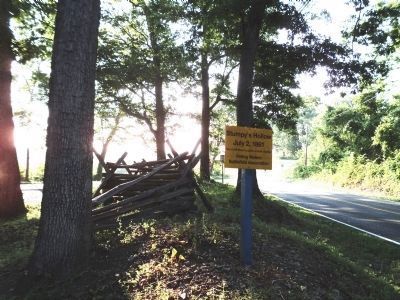