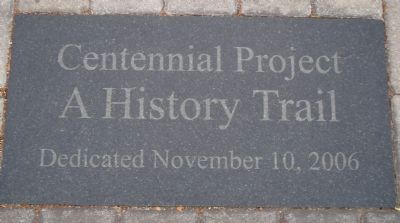 [The Morgan Hill Centennial Project is a very unusual ‘marker’. It was created to celebrate the 100th anniversary of the incorporation of the City of Morgan Hill. One starts at the center of the marker and then proceeds along an expanding spiral walkway. As one walks, they pass approximately 100 markers describing events in the history of Morgan Hill and the surrounding area. Periodically one crosses a granite paver denoting significant events in United States history. The markers listed below are in the order in which they are encountered.]

4000 BC – Circle of Circle archaelogical [sic] site near Morgan Hill has evidence of early human settlement.

4000 BC to 1769 – Ohlone Native Americans live in Morgan Hill area for thousands of years before the arrival of Spanish explorers. 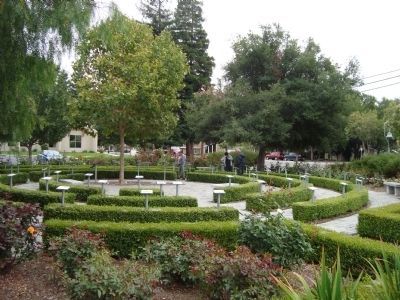 By Barry Swackhamer, August 12, 2011
2. [Morgan Hill] Centennial Project Markers and History Trail
O’Toole Murphy Dunne Born in Wexford, Ireland, immigrated to Canada and in 1851 married Bernard Murphy in Quebec. Following his father, Martin Murphy Sr., the couple moved to California. She was widowed when there was a boiler explosion on the steamboat “Jenny Lind” while crossing the San Francisco Bay. In 1862 Catherine married James Dunne. Widowed again in 1874, Catherine found herself the wealthiest property owner in California. She died in 1925 at the age of 96.

1844 – Murphy-Stephens-Townsend Party, the first wagon train across the Sierra Nevada.

1850 – Martin Murphy family moves to property on New Avenue in what is now San Martin. 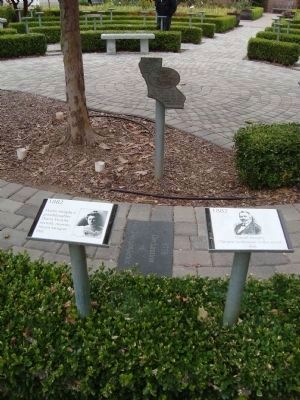 By Barry Swackhamer, August 12, 2011
3. Illustrating the Several Styles of Markers Along the Trail
Far Left Marker: 1882 - Martin Murphy's granddaughter Diana Murphy secretly marries Hiram Morgan Hill. A photo of Diana Murphy is displayed on the marker.
Center bronze plaque seen in background: De Anza Expedition marker.
Center marker embedded in walkway: 1776 Declaration of Independence.
Far right marker: 1882 - Daniel Murphy ("largest landowner in the world") dies. A photo of Daniel Murphy is displayed on the marker.
Burnett School in Madrone that was established in 1855 as the first public school between San Jose and Gilroy

1873 – Tiburcio Vasquez raids 21 Mile House, later was hanged there from an oak tree

1880 – Italian immigrants came to Morgan Hill in the years of the great Mediterranean migration to the United States between 1880-1930. Their commitment to family, strong work ethic and passion to succeed laid the cultural foundation for a strong agrarian economy that lasted into the 1960s. They planted orchards and vineyards across the valley floor. April brought a sea of snow white prune blossoms, followed by warm summer days and cool nights, ideal for the growing prunes, apricots and wine grapes. 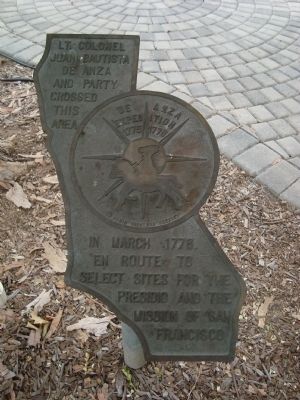 1905 – First bank (a branch of Bank of Italy) established by A.P.Giannini in new Votaw Building at NE corner of 2nd St. and Monterey Rd. 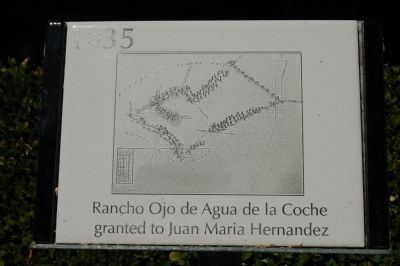 1914 – First library established in a store on the NW corner of 2nd St. and Monterey Rd. 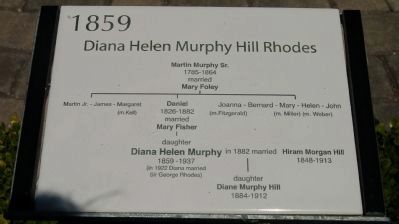 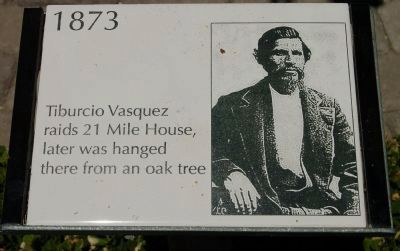 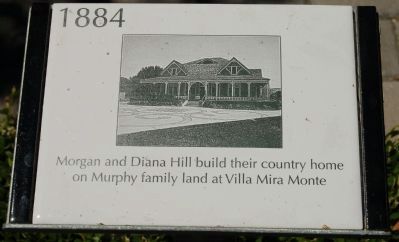 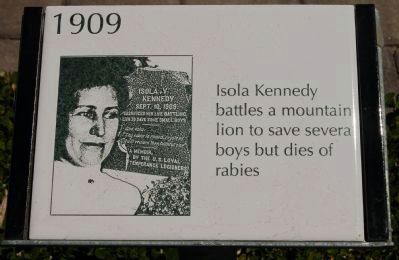 Topics and series. This historical marker is listed in these topic lists: Agriculture 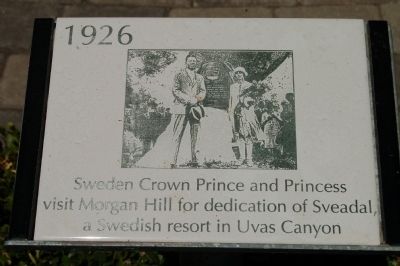 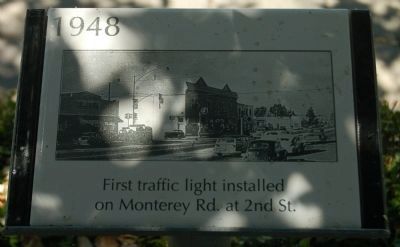 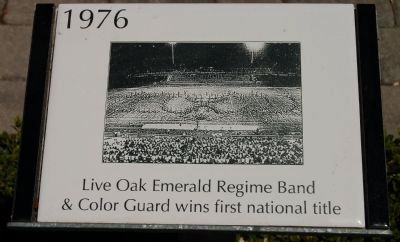 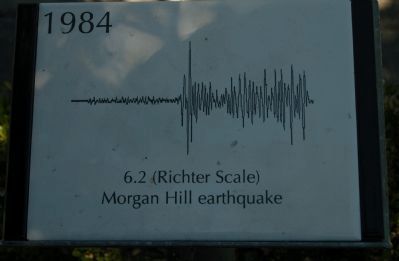 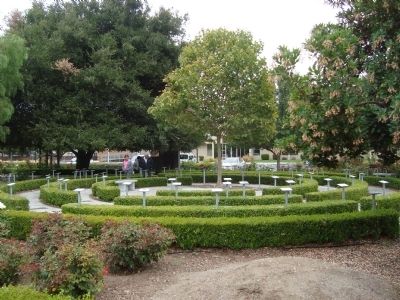 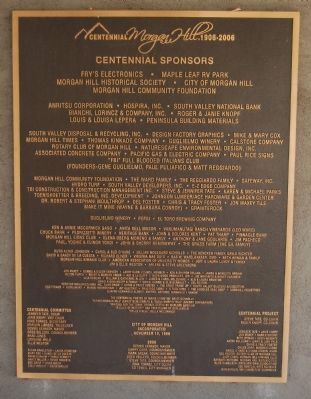 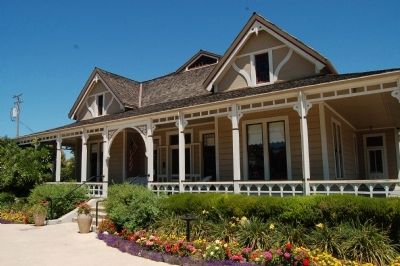