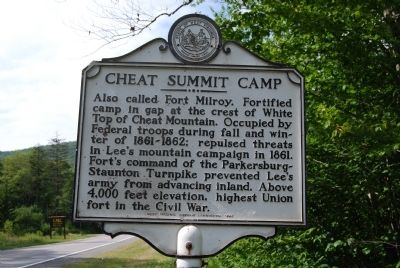 Also called Fort Milroy. Fortified camp in gap at the crest of White Top of Cheat Mountain. Occupied by Federal troops during fall and winter of 1861-1862; repulsed threats in Lee's mountain campaign of 1861. Fort's command of the Parkersburg-Staunton Turnpike prevented Lee's army from advancing inland. Above 4,000 feet elevation, highest Union fort in the Civil War.

Topics and series. This historical marker is listed in these topic lists: Forts or Castles • War, US Civil. In addition, it is included in the West Virginia Archives and History series list.

Other nearby markers. At least 8 other markers are within 2 miles of this marker, measured as the crow flies. Asa Gray / Buffalo-Indian Trail (a few steps from this marker); Shavers Fork (approx. 0.4 miles away); 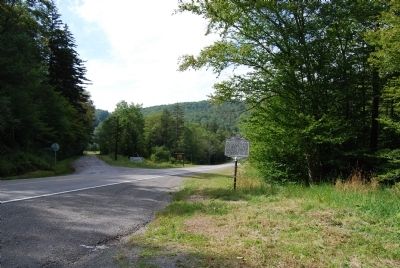