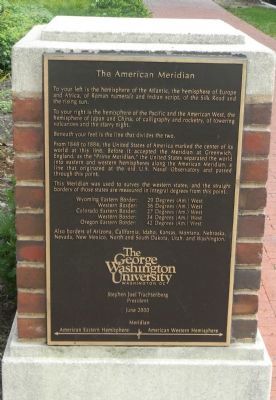 Beneath your feet is the line that divides the two.

From 1848 to 1884, the United States of America marked the center of its world at this line. Before it accepted the Meridian at Greenwich, England, as the “Prime Meridian,” the United States separated the world into eastern and western hemispheres along the American Meridian, a line that originated at the old U.S. Naval Observatory and passed through this point.

This Meridian was used to survey the western states, and the straight borders of those states are measured in integral degrees from this point. 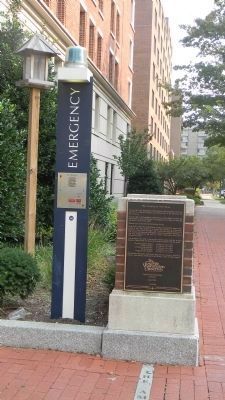 Photographed By Richard E. Miller, September 4, 2011
2. American Meridian
Delineated by the grey line on the sidewalk under the marker.

Click or scan to see
this page online
Dakota, Utah, and Washington.

Erected 2000 by The George Washington University.

Topics. This historical marker is listed in these topic lists: Government & Politics • Science & Medicine. A significant historical month for this entry is June 2000. 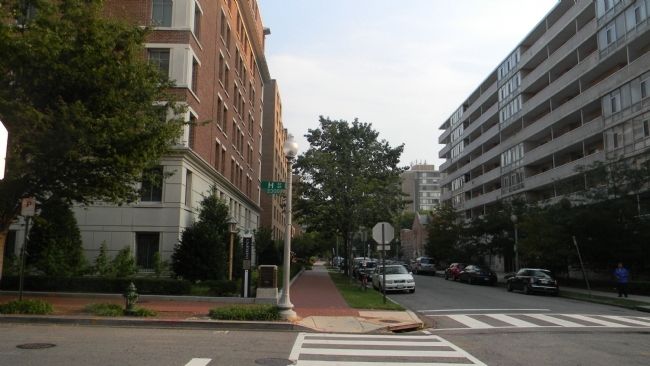 Photographed By Richard E. Miller, September 4, 2011
3. American Meridian Marker
(NAD 83). The clock room is a small building at the exact center of the 1,000 ft (300 m) radius observatory grounds, whose northern entrance is at 34th Street and Massachusetts Avenue.

The Act of September 28, 1850, (9 Stat. 515), provided that the meridian through the observatory at Washington would be adopted and used as the American meridian for all astronomic purposes. The meridian at Greenwich, England, however, would continue to be used for nautical purposes. The difference between the two meridians was 5 hours, 8 minutes, 12.15 seconds, or 77°03’02.3” of longitude. 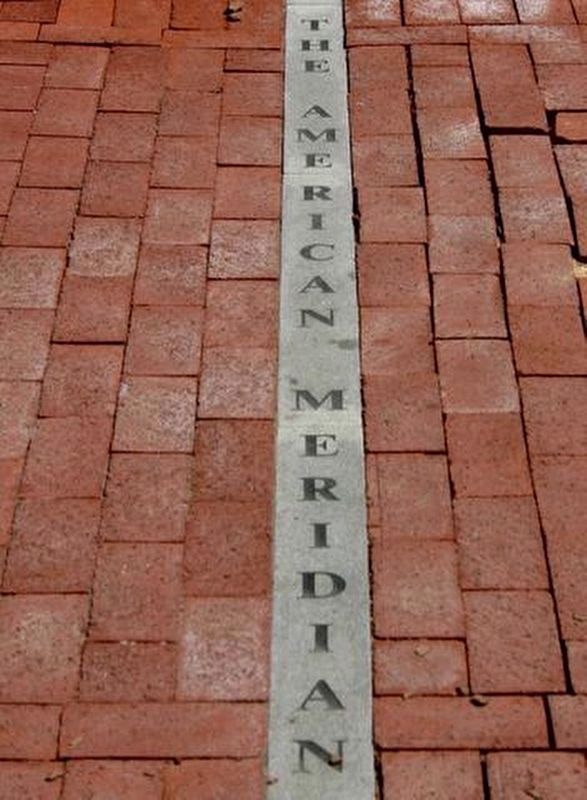