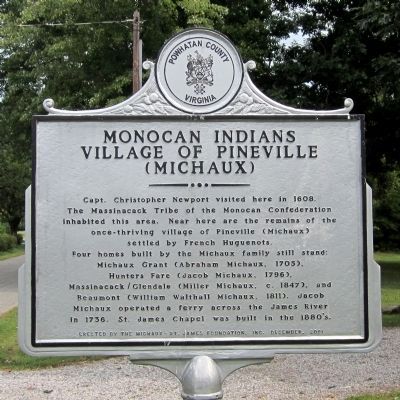 Capt. Christopher Newport visited here in 1608. The Massinacack Tribe of the Monocan Confederation inhabited this area. Near here are the remains of the once thriving village of Pineville (Michaux) settled by French Huguenots. 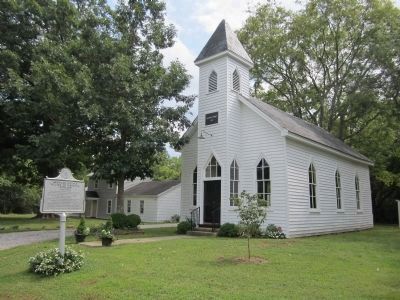