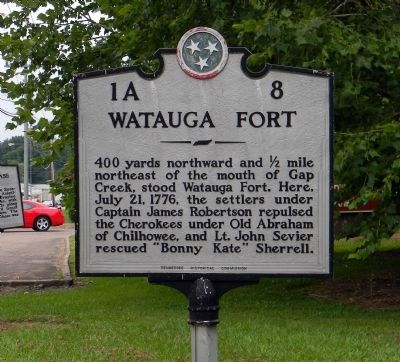 Topics and series. This historical marker is listed in these topic lists: Colonial Era • Forts or Castles • Settlements & Settlers. In addition, it is included in the Tennessee Historical Commission series list.

Other nearby markers. At least 8 other markers are within one mile of this marker, measured as the crow flies. Transylvania Purchase (here, next to this marker); Watauga Purchase 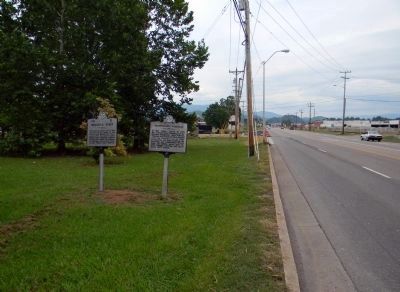 More about this marker. Watauga Fort is also identified as Fort Watauga or Fort Caswell in various publications.

Editor’s want-list for this marker. Photos of the recreation of Fort Watauga at the Sycamore Shoals State Historic Area, and photos of the DAR monument at the approximate location of Watauga Fort. • Can you help?
Share This Page.