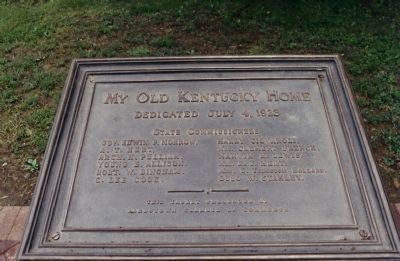 Erected 1923 by Bardstown Chamber of Commerce.

Topics. This historical marker is listed in these topic lists: Landmarks • Notable Buildings • Notable Events. A significant historical date for this entry is July 4, 1818. 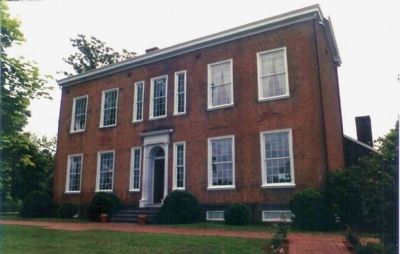 More about this marker. While Federal Hill is part of the "My Old Kentucky Home State Park", the park itself is located nearby at 501 E. Stephen Foster Ave., Bardstown, KY 40004

The owner of the home, John Rowan, was a state judge in Kentucky, served seven terms in the legislature and was elected to the United States Senate. He was also Kentucky's Secretary of State and the Chief Justice for the Court of Appeals. Throughout the early 1800’s, the Rowans hosted a number of dignitaries in addition to Stephen Foster, including Henry Clay, James K. Polk, and James Monroe.

The Georgian-style home was built by Judge John Rowan in 1818 and has since accumulated a long history of tragedy. One of the most notable tragedies happened in 1833 when an epidemic of cholera killed eight family members and eight 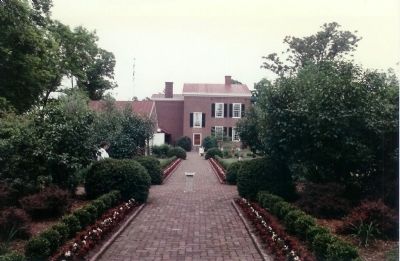 By Michael Stroud, June 1991
3. Gardenside
slaves within a 24 hour period. Another tragedy occurred when John Rowan Jr., son of Judge Rowan, was killed. After having spent the previous night sitting up with his sick child, John Jr. was sitting on the window sill of his second-story bedroom . He dozed off, lost his balance and fell out the window, hitting a tree on the way down, killing him. After this, his wife never slept in that bedroom again, moving to the bedroom next door. 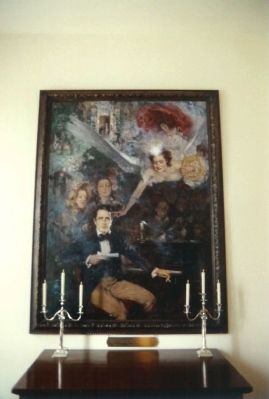 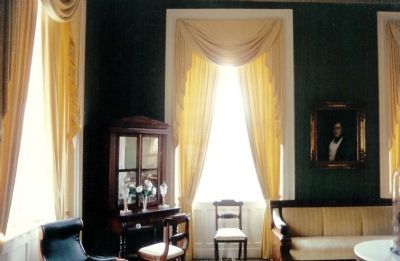 Editor’s want-list for this marker. Wide area picture of this marker and its surroundings. • Can you help?
Share This Page.