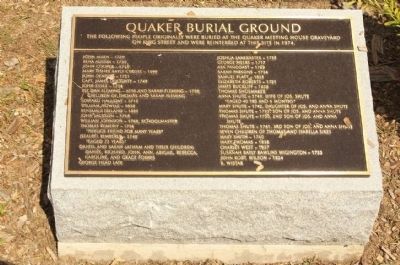 The following people were buried at the Quaker meeting house graveyard on King Street and were reinterred at this site in 1974. 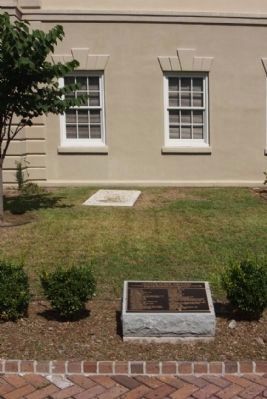 
Topics and series. This historical marker is listed in this topic list: Cemeteries & Burial Sites. In addition, it is included in the Quakerism ⛪ series list. A significant historical year for this entry is 1974. 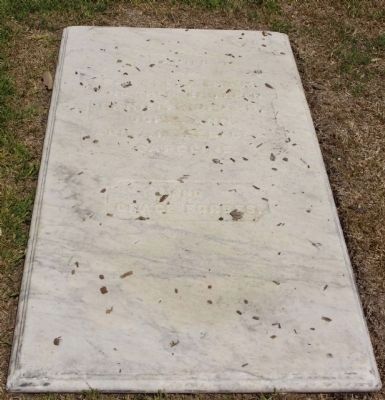 Regarding Quaker Burial Ground. Among those believed to have been buried here were Daniel Latham and Mary Fisher Bayley Crosse. Latham, a Charleston merchant and shipwright, supposedly carried the news of the 1776 victory at Fort Moultrie to the Continental Congress in Philadelphia. Mary Fisher Bayley Crosse, a native of England, was flogged at Cambridge University for her Quaker beliefs. Crosse, who traveled alone to the Ottoman Empire in 1660 and witnessed to Sultan Mahomet, became celebrated as "she who spake to the great Turk." In 1680 she settled in Charleston with her three children and second husband John Crosse.(Preservation Society of Charleston) 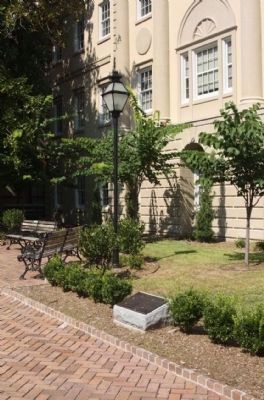