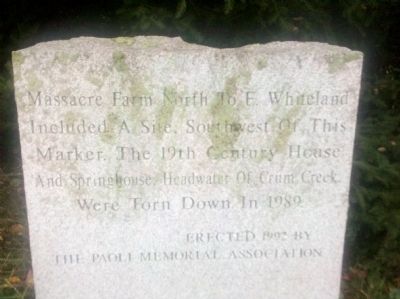 Massacre Farm North To E. Whiteland Included A Site. Southwest of This Marker. The 19th Century House and Springhouse, Headwater of Crum Creek. Were torn down in 1989

Topics. This historical marker is listed in these topic lists: Notable Events • Notable Places • Patriots & Patriotism • War, US Revolutionary. A significant historical year for this entry is 1989.

Location. 40° 1.791′ N, 75° 31.257′ W. Marker is in Malvern, Pennsylvania, in Chester County. Marker is on Un-named Loop Road, North off Monument Avenue, on the left when traveling north. This marker is somewhat difficult to find, it is at the end of a Gravel access road for the Baseball Field. Touch for map. Marker is in this post office area: Malvern PA 19355, United States of America. Touch for directions. 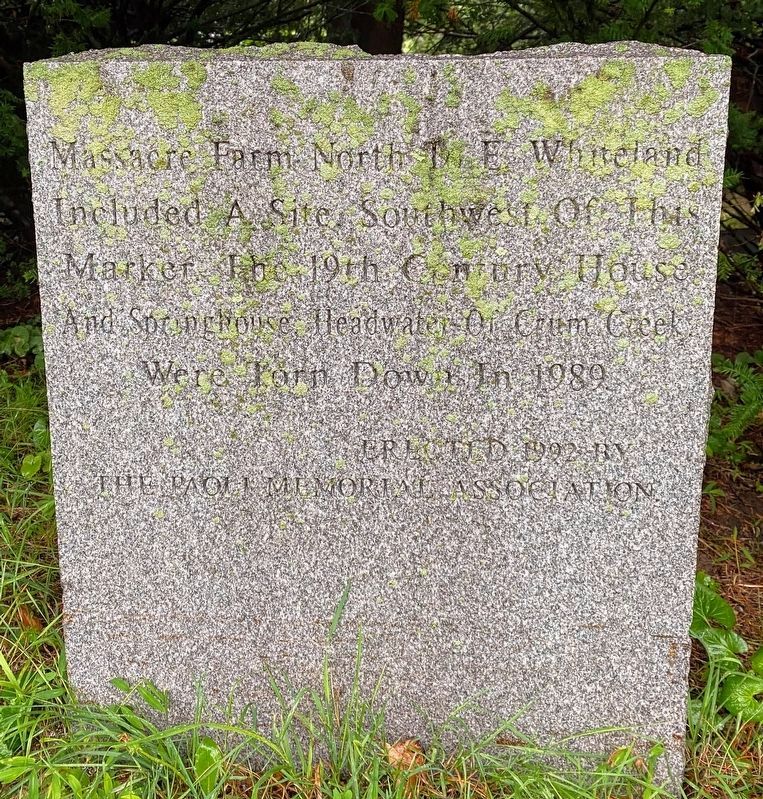 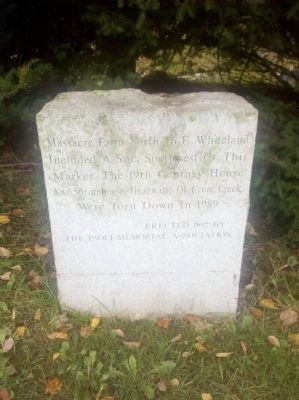