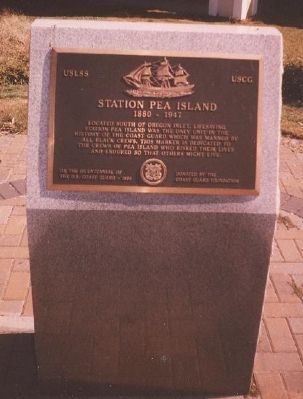 Located south of Oregon Inlet, Lifesaving Station Pea Island was the only unit in the history of the Coast Guard manned by all Black crews. This marker is dedicated to the crews of Pea Island who risked their lives and endured so that others might live.

Erected 1999 by The Coast Guard Association, on the Bicentennial of the US Coast Guard. 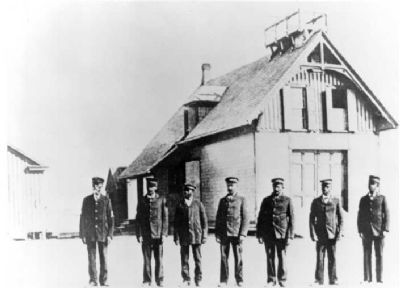 Regarding USLSS/USCG Station Pea Island Memorial. The exploits of the Black life savers were legendary, but it was not until 1992 that those on duty in 1896 were finally awarded the Coast Guard Gold Medal (the service's highest decoration) for their particularly dramatic rescue of survivors stranded aboard the wrecked schooner, E.S. Newman on October 11, 1896. 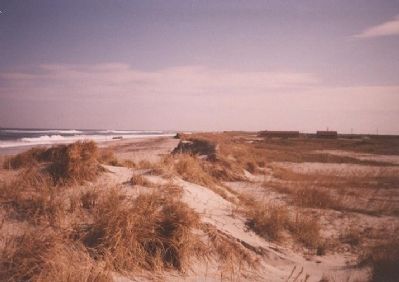 2. Richard Etheridge Statue. NCpedia entry:
... a life sized bronze statue of Richard Etheridge, the first African-American United States Life-Saving Service Keeper at Pea Island Station. ... It was the latest addition to the Collins Park project, dedicated to the late Dellerva Collins, former Manteo Mayor Pro Tem and a founding member of the Freedmen’s Colony Coalition. The statue joins the refurbished Pea Island Cookhouse as part of the preservation and interpretation of the community’s African-American heritage. The cookhouse serves as a museum to honor African-American men who courageously served under Etheridge. (Submitted on October 22, 2011, by Richard E. Miller of Oxon Hill, Maryland.) 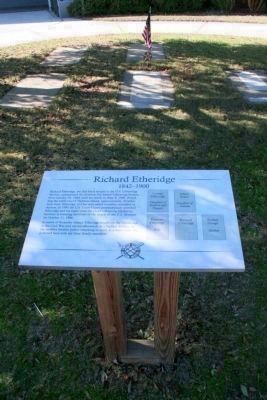