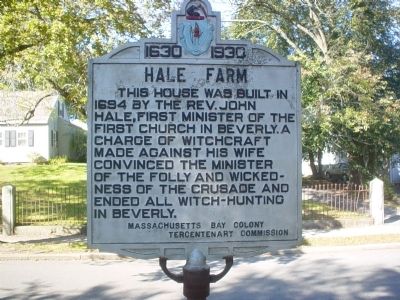 By Michael Tiernan, October 8, 2011
1. Hale Farm Marker
Inscription.
Hale Farm. This house was built in 1694 by the Rev. John Hale, first minister of the first church in Beverly. A charge of witchcraft made against his wife convinced the minister of the folly and wickedness of the crusade and ended all witch-hunting in Beverly. . This historical marker was erected in 1930 by Massachusetts Bay Colony-Tercentenary Commission. It is in Beverly in Essex County Massachusetts

This house was built in 1694 by the Rev. John Hale, first minister of the first church in Beverly. A charge of witchcraft made against his wife convinced the minister of the folly and wickedness of the crusade and ended all witch-hunting in Beverly.

Topics and series. This historical marker is listed in these topic lists: Colonial Era • Settlements & Settlers. In addition, it is included in the Massachusetts Bay Colony—Tercentenary Commission Markers series list. A significant historical year for this entry is 1694.

Location. 42° 32.96′ N, 70° 52.453′ W. Marker is in Beverly, Massachusetts, in Essex County. Marker is on Hale Street when traveling west. Hale farm and the John Hale house is surrounded by Bancroft Avenue in Beverly. Very easy to find. Touch for map. Marker is at or near this postal address: 39 Hale Street, Beverly MA 01915, United States of America. Touch for directions. 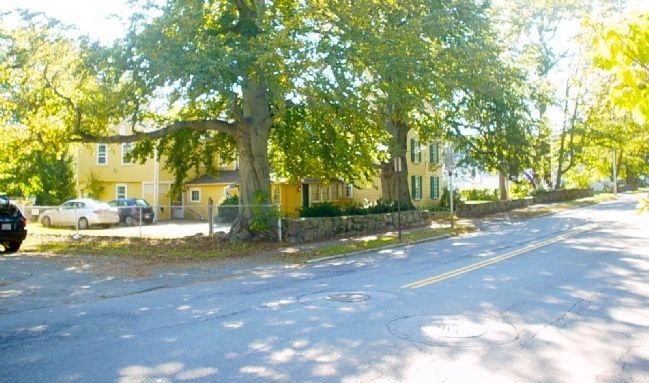 By Michael Tiernan, October 8, 2011
2. Approaching the Hale Farm & Marker from the east.

2. WikiPedia entry for the John Hale House. Briefly:The John Hale House (circa 1694), also known as the Rev. John Hale Farm, is a historic Colonial house located at 39 Hale Street, Beverly, Massachusetts. The house is now operated as a nonprofit museum by the Beverly Historical Society, with period furnishings and a room containing witchcraft-related artifacts. (Submitted on October 8, 2011, by Michael Tiernan of Danvers, Massachusetts.) 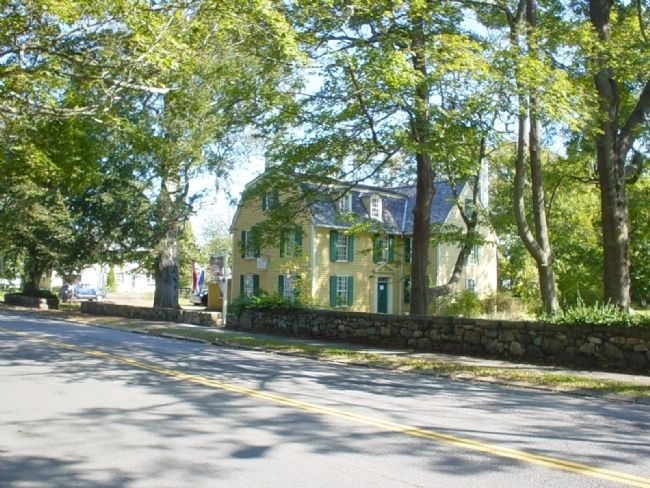 By Michael Tiernan, October 8, 2011
3. Hale Farm & John Hale house and associated marker from the west.
The Hale house is one of the Beverly Historical Society and Museum's historic houses.
. Original 1930 publication by the Commonwealth of Massachusetts of Tercentenary Commission Markers, commemorating the three hundredth anniversary of the Massachusetts Bay Colony. (Submitted on October 14, 2011, by Russell Chaffee Bixby of Bernardston, Massachusetts.)

Additional commentary.
1. Visiting the Hale Farm.
The "Farm" is long gone but the homestead itself is quite picturesque. While I was there taking the photo of the marker itself, a gentleman came out to talk to me. He's the tour-guide of this 300+ year old home and he lives there too!

Tours are by appointment and only cost US$5.00. I was unable to take the time for the tour but would have liked to.

For visitors unfamiliar with the area, use your GPS! There's a number of small streets that go this-way and that-way when you're trying to get to there.
— Submitted October 8, 2011, by Michael Tiernan of Danvers, Massachusetts.
2. Tours & Opening Times
Hale Farm is open seasonally from June 1st to Labor Day. Typically it is 2 days a week from 11-3 during the season. Historic Beverly members may tour free on open days; for other visitors on open days a tour is $5.00 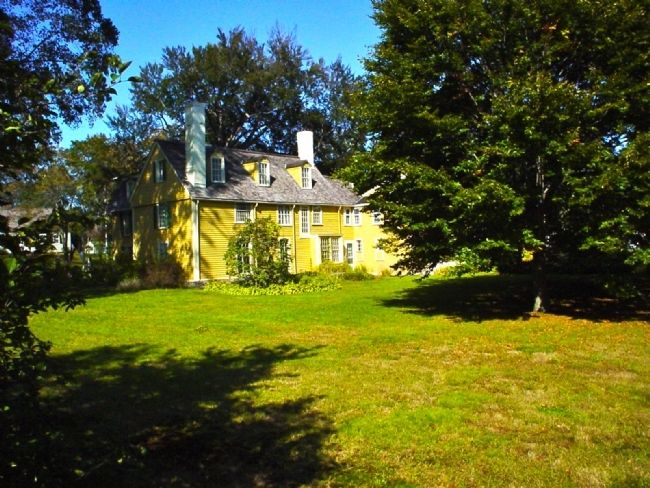 By Michael Tiernan, October 8, 2011
4. Hale Farm & John Hale house.
Another view of the picturesque home and museum.
for adults and $4.00 for students and seniors. Under 16 is free.


On non-open days, tours may be arranged if you are a Historic Beverly member; there may be a slight fee on those days.


For 2019, Hale Farm will be open on Thursdays and Saturdays from 12pm-4pm.
— Submitted March 29, 2019, by Historic Beverly of Beverly, Massachusetts. 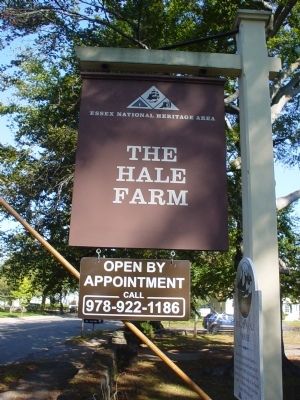 By Michael Tiernan, October 8, 2011
5. Hale Farm Marker
The Hale Farm is part of the Essex National Heritage Area. They are responsible for many of the historic locations throughout Essex county. 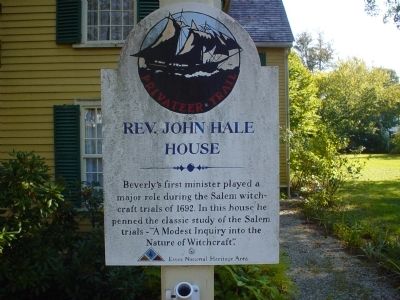 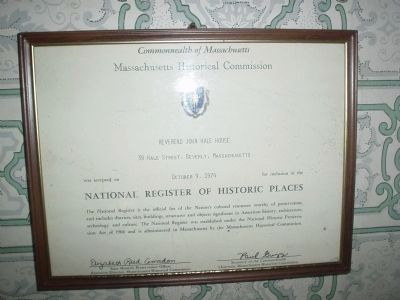