The Grave of Abraham Lincoln 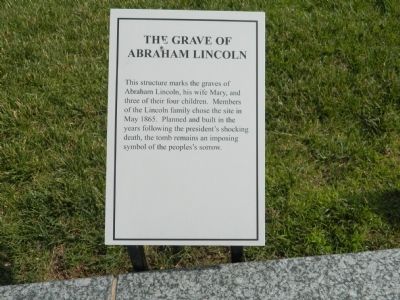 This structure marks the graves of Abraham Lincoln, his wife Mary, and three of their four children. Members of the Lincoln family chose the site in May 1865. Planned and built in the years following the president's shocking death, the tomb remains an imposing symbol of the people's sorrow.

Topics and series. This historical marker is listed in this topic list: Cemeteries & Burial Sites. In addition, it is included in the Former U.S. Presidents: #16 Abraham Lincoln series list. A significant historical month for this entry is May 1865. 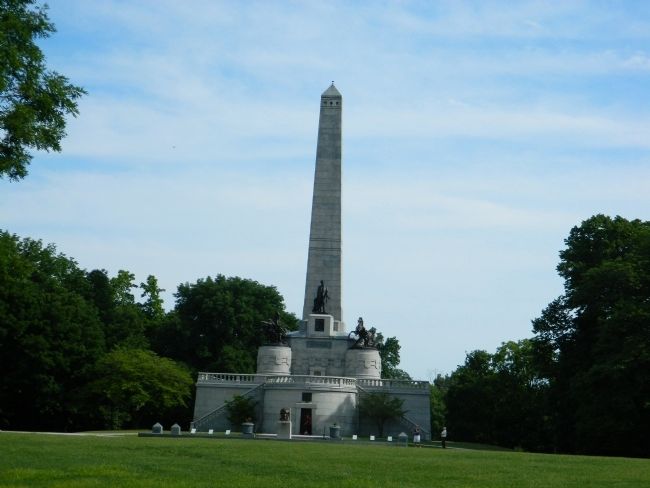 By Beverly Pfingsten, June 17, 2011
2. The Grave of Abraham Lincoln Marker