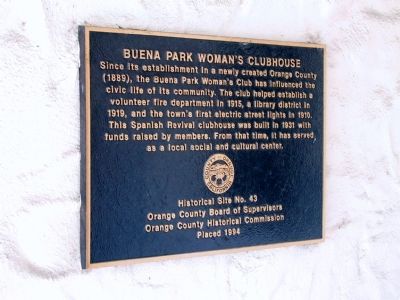 Since its establshment in a newly created Orange County (1889), the Buena Park Woman's Club has influenced the civic life of its community. The club helped establish a volunteer fire department in 1915, a library district in 1919, and the town's first electric street lights in 1910. This Spanish Revival clubhouse was built in 1931 with funds raised by members. From that time, it has served as a local social and cultural center.

Topics. This historical marker is listed in these topic lists: Fraternal or Sororal Organizations • Women.

Other nearby markers. At least 8 other markers are within 4 miles of this marker, measured as the crow flies. Site of Lily Creamery (about 800 feet away, measured in a direct 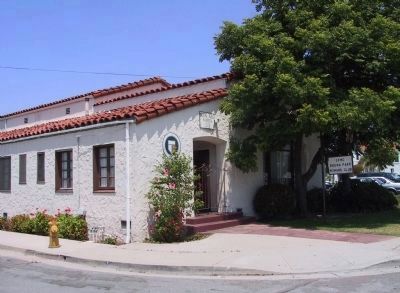