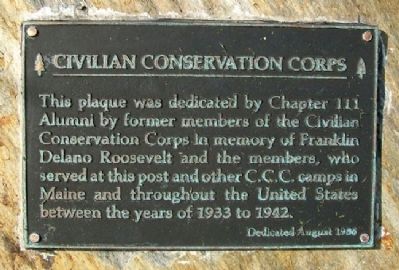 This plaque was dedicated by Chapter 111 Alumni by former members of the Civilian Conservation Corps in memory of Franklin Delano Roosevelt and the members, who served at this post and other C.C.C. camps in Maine and throughout the United States between the years of 1933 to 1942.

Topics and series. This historical marker is listed in these topic lists: Charity & Public Work • Education • Environment. In addition, it is included in the Civilian Conservation Corps (CCC) 🏞️, and the Former U.S. Presidents: #32 Franklin D. Roosevelt series lists. A significant historical year for this entry is 1933. 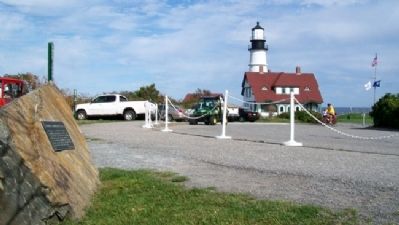