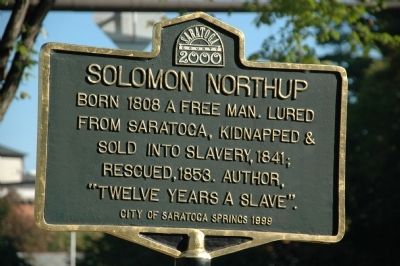 Topics. This historical marker is listed in these topic lists: Abolition & Underground RR • African Americans • Civil Rights. A significant historical year for this entry is 1808. 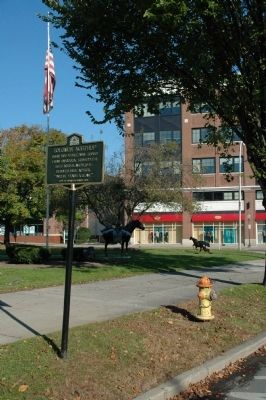 Click or scan to see
this page online
Solomon Northup was born a free man in Minerva, New York, July 1808. Solomon was a literate man who worked on the Champlain Canal, was a carpenter and inventor. While working as a cabbie and violinist in Saratoga Springs, he was abducted, held in a slave pen in Washington, DC, and sold into slavery in Louisiana for 12 years before regaining his freedom. Citizens of Saratoga Springs and surrounding areas were instrumental in arranging for Solomon's release in 1853 and return to Saratoga.

Mr. Northup published his autobiography, Twelve Years a Slave, in 1853 about his ordeal. It is believed he traveled throughout the region selling his book and speaking out against slavery and was himself an abolitionist. Although Mr. Northup sought to bring his captors to trial, they were never prosecuted and he mysteriously disappeared. To date, his burial site has not been identified and it is not known whether or not he was killed, re-captured, or died of natural causes. 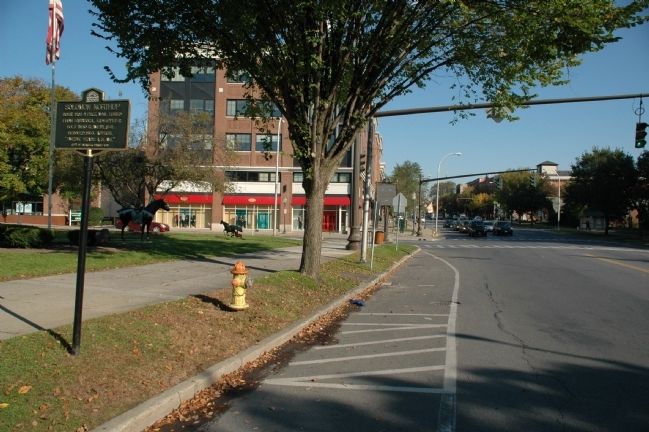 By Howard C. Ohlhous, October 10, 2011
3. Solomon Northup Marker - Looking North Along Broadway
and other historical and educational information on the underground railroad and local community history.

3. Twelve Years A Slave by Solomon Northrup, electronic version. (Submitted on December 11, 2011, by Howard C. Ohlhous of Duanesburg, New York.)
4. Solomon Northup: His Life Before and After Slavery. Website for the 2012 book by David Fiske. (Submitted on February 15, 2012.)

Additional commentary.
1. Solomon Northup Movie
As early as August 2011 word was out that Brad Pitt has joined the cast as producer of Steve McQueen’s upcoming adaptation of Solomon Northrup’s autobiography ‘Twelve Years A Slave.’ Pitt will be starring alongside Chiwetel Ejiofor, who’s been cast as the lead, and Michael Fassbender, who previously worked 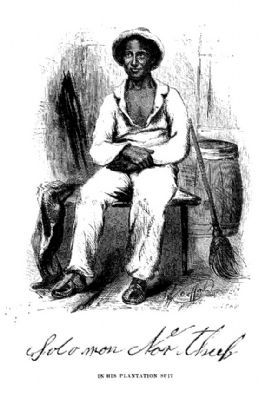 4. Solomon Northup as a Slave
This drawing is from Northup's autobiagraphy, "Twelve Years A Slave"
with McQueen on ‘Hunger,’ and ‘Shame.’ At that time there were no details regarding either Pitt or Fassbender’s roles in the movie.
— Submitted December 11, 2011, by Howard C. Ohlhous of Duanesburg, New York.
2. History of Solomon Northup Day
In July 1808, Solomon Northup, an accomplished violinist, and inventor, was born a free man in Minerva, New York. Mr. Northup lived and worked in Saratoga Springs with his family for part of his life. He worked at the landmark Grand Union Hotel as well as other hotels as a cabbie and violinist. Solomon was abducted in 1841, held in a slave pen in Washington, DC, and sold into slavery in Louisiana for 12 years.

Through the efforts of Canadian, Samuel Bass, both black and white citizens of Saratoga, Hudson Falls (Sandy Hill) and Louisiana were instrumental in restoring his freedom in 1853. A literate man Mr. Northup published his autobiography entitled Twelve Years a Slave, in 1853.

In 1999, in recognition of his life’s work his ordeal and that of other African-Americans, native Saratogian, Renee Moore, founded Solomon Northup Day - A Celebration of Freedom. This historical and educational community event received recognition by the Library of Congress Bicentennial Local Legacies Project, in 2000. An historical marker at the corner of Congress and Broadway marks the point of abduction and inside an exhibit panel at the Saratoga Visitor Center commemorates Mr. Northup's life.

Under the leadership of former 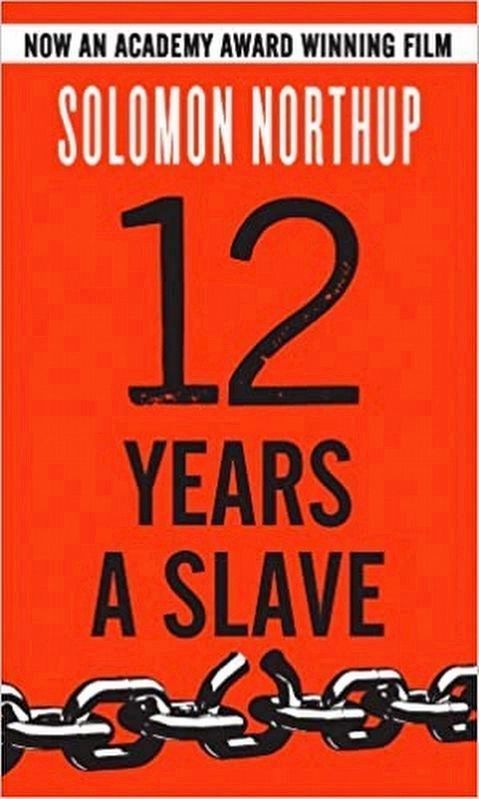 via Amazon.com, with ‘Look Inside”
5. 2014 Reprint of Solomon Northup’s 12 Years a Slave
Mayor J. Michael O’Connell(R) a historical marker was erected at the corner of Congress and Broadway. Northup descendants from four states attend the event. Family matriarch and California resident Victoria Northup Linzy Dunham, lived to age 98.

Although Mr. Northup sought to bring his captors to trial, they were never prosecuted and he mysteriously disappeared. To date, his burial site has not been identified and it is not known whether or not he was killed, re-captured, or died of natural causes. “The celebration of this day remains a way of ‘remembering’ so that we, as Americans, don’t forget how far we have come and to encourage youth to speak-up for human freedom and justice.” —R. Moore
— Submitted September 5, 2020, by Renee Moore of Saratoga Springs, New York. 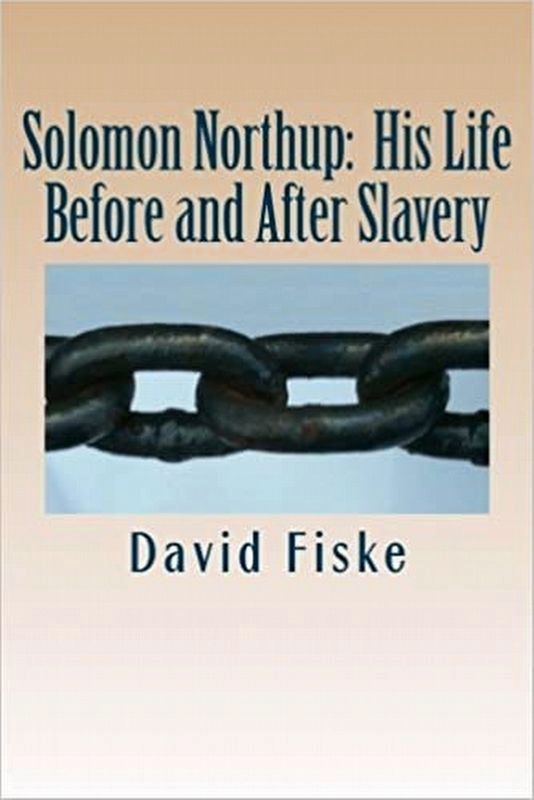