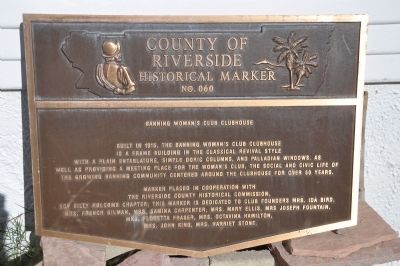 Built in 1915, the Banning Woman's Club Clubhouse is a frame building in the classical revival style with a plain entablature, simple doric columns, and palladian windows, as well as providing a meeting place for the woman's club, the socal and civic life of the growing Banning Community centered around the clubhouse for over 50 years.

Topics and series. This historical marker is listed in these topic lists: Charity & Public Work • Notable Buildings • Settlements & Settlers • Women. In addition, it is included in the E Clampus Vitus series list. A significant historical year for this entry is 1915. 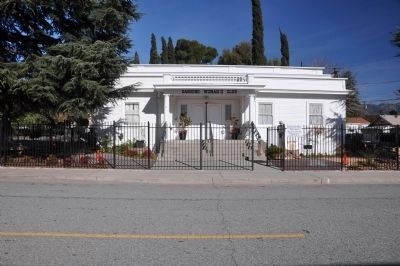 Photographed By Michael Kindig, January 13, 2011
2. Banning Woman's Club Clubhouse
The marker can be seen through the fence to the right of the entrance steps.

Regarding Banning Woman's Club Clubhouse. The city of Banning was originally named after Ransom Moore. As General Phineas Banning was one of southern California's leading business and political figures, Ransom Moore decided to change the name of the town of Moore to Banning in 1877 or 1878. SOURCE: Billy Holcomb Chapter 1069 35th Anniversary Plaque Book by Phillip Holdaway 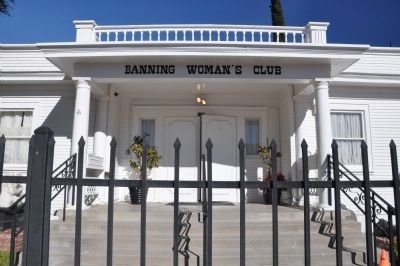