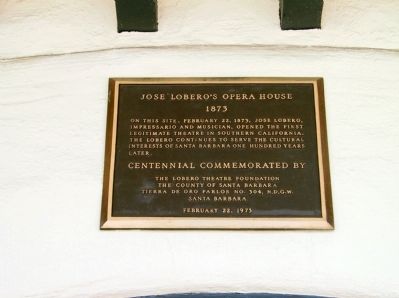 On this site, February 22, 1873, Jose Lobero, impressario and musician, opened the first legitimate theatre in southern California. The Lobero continues to serve the cultural interests of Santa Barbara one hundred years later.

Topics and series. This historical marker is listed in these topic lists: Arts, Letters, Music • Entertainment • Hispanic Americans. In addition, it is included in the Native Sons/Daughters of the Golden West series list. A significant historical month for this entry is February 1907.

Other nearby markers. At least 8 other markers are within walking distance of this marker. The Oreña Adobe (about 400 feet away, measured in a direct line); Hill-Carrillo Adobe 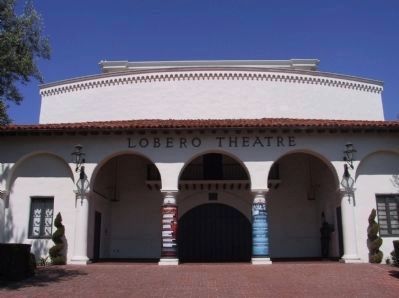 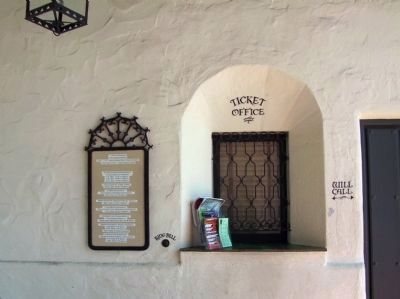