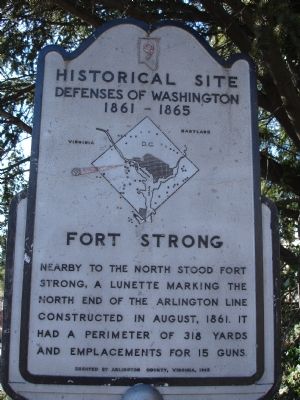 Nearby to the north stood Fort Strong, a lunette marking the north end of the Arlington Line constructed in August 1861. It had a perimeter of 318 yards and emplacements for 15 guns. 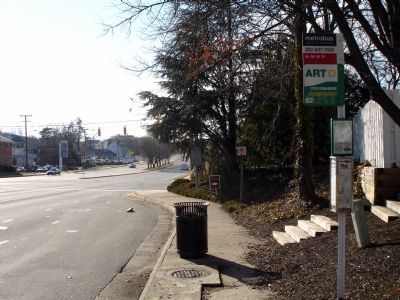 More about this marker. In the center of the marker is a map of the Washington Defenses, with a red (weathered) arrow pointing out the location of Fort Strong.

With a perimeter of 318 yards and emplacements for 15 guns, it held the right side line of the Arlington defenses prior to the construction of Fort C.F. Smith. Armament included seven 24-pdr guns, one 24-pdr field howitzer, four 30-pdr Parrott rifles, one 6-pdr gun, and two 10-inch mortars.