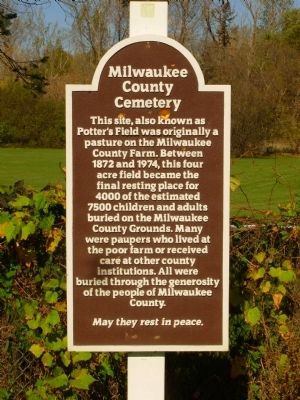 This site, also known as Potter’s Field was originally a pasture on the Milwaukee County Farm. Between 1872 and 1974, this four acre field became the final resting place for 4000 of the estimated 7500 children and adults buried on the Milwaukee County Grounds. Many were paupers who lived at the poor farm or received care at other county institutions. All were buried through the generosity of the people of Milwaukee County.


May they rest in peace.

Location. 43° 2.922′ N, 88° 1.211′ W. Marker is in Wauwatosa, Wisconsin, in Milwaukee County. Marker is on North 87th Street 0.2 miles north of West Watertown Plank Road, on the left when traveling north. Touch for map. Marker is in this post office area: Milwaukee WI 53226, United States of America. Touch for directions. 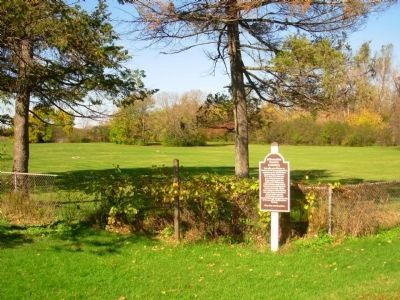 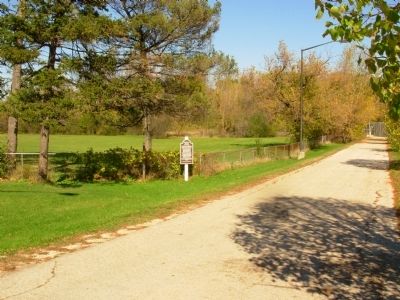 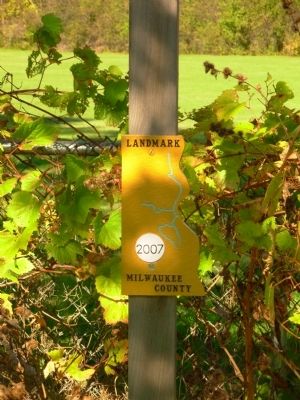