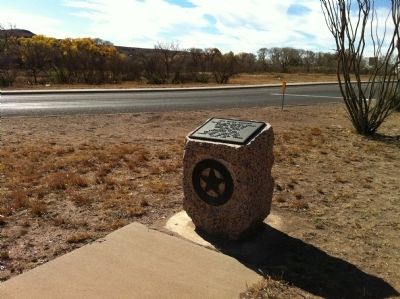 Location. 30° 35.249′ N, 103° 53.677′ W. Marker is in Fort Davis, Texas, in Jeff Davis County. Marker is at the intersection of State Street (State Highway 17) and Musquiz Dr. (State Highway 118), in the median on State Street. The 3x2 foot block of Texas marble (or pink granite) is less than two blocks south of the Jeff Davis county courthouse. Touch for map. Marker is in this post office area: Fort Davis TX 79734, United States of America. Touch for directions. 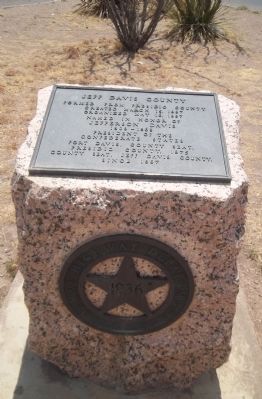 More about this marker. Located at the crossroads of State Highway 17 driving from downtown Fort Davis or Marfa and 118 from Alpine,TX.

Regarding Jeff Davis County. No other place bears as much recognition toward President Davis than Jeff Davis County, TX. The city and historic site of Fort Davis were named for the Mississippian before his presidency; the nearby mountain range and county named afterwards. As a matter of fact, this marker's location, State Highway 17 was also named for him, Jefferson Davis Highway Number 3. In Fort Davis there are four monument-markers including this one in honor of the Confederate forefather. 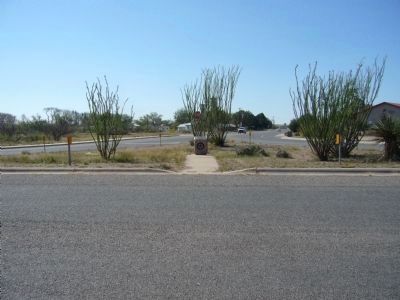 By Bill Kirchner, October 24, 2012
3. Jeff Davis County Marker
Marker is in the center of traffic island. 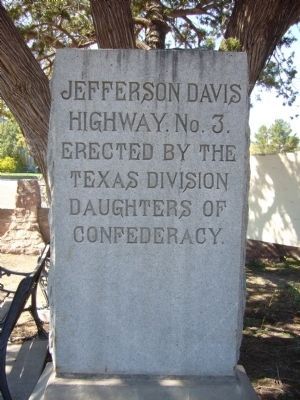 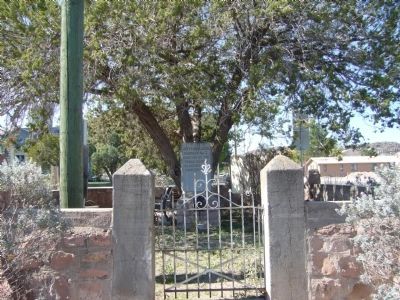