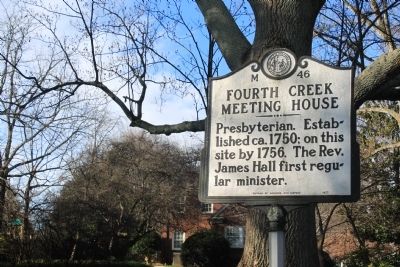 By Jamie Cox, December 26, 2011
1. Fourth Creek Meeting House Marker
Inscription.
Fourth Creek Meeting House. . Presbyterian. Established ca. 1750; on this site by 1756. The Rev. James Hall first regular minister. . This historical marker was erected in 1977 by Division of Archives and History. It is in Statesville in Iredell County North Carolina

Erected 1977 by Division of Archives and History. (Marker Number M 46.)

Topics. This historical marker is listed in this topic list: Churches & Religion. A significant historical year for this entry is 1750. 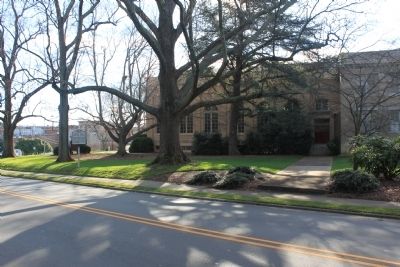 Click or scan to see
this page online
0.3 miles away); Iredell County World War II Memorial (approx. 0.3 miles away). Touch for a list and map of all markers in Statesville. 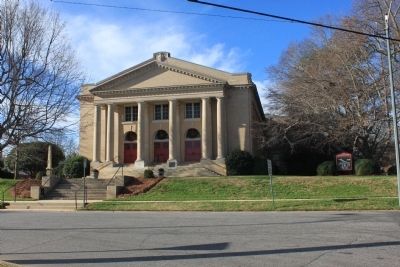