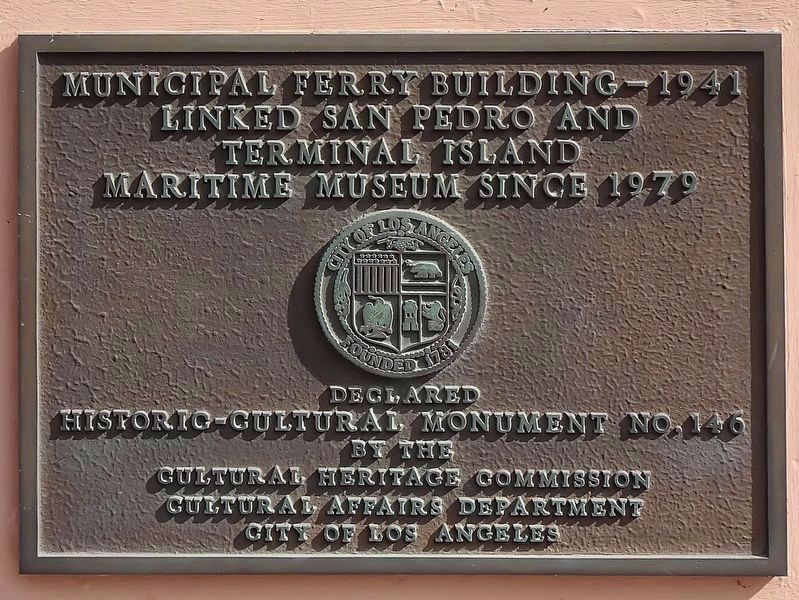 Topics and series. This historical marker is listed in these topic lists: Asian Americans • Industry & Commerce • Notable Places • Waterways & Vessels. In addition, it is included in the City of Los Angeles Historic-Cultural Monuments series list. A significant historical year for this entry is 1941.

Location. 33° 44.314′ N, 118° 16.731′ W. Marker is in San Pedro, California, in Los Angeles County. Marker is at the intersection of Sampson Way and East 6th Street, on the left when traveling south on Sampson Way. Marker is on the west exterior wall near the main entrance to the Maritime Museum. Touch for map. Marker is at or near this postal address: 600 Sampson Way, Berth 84, San Pedro CA 90731, United States of America. Touch for directions.

Other nearby markers. At least 8 other markers are within walking distance of this marker. World War II Memorial: Propeller from Heavy Cruiser U.S.S. Canberra CA-70/CAG-2 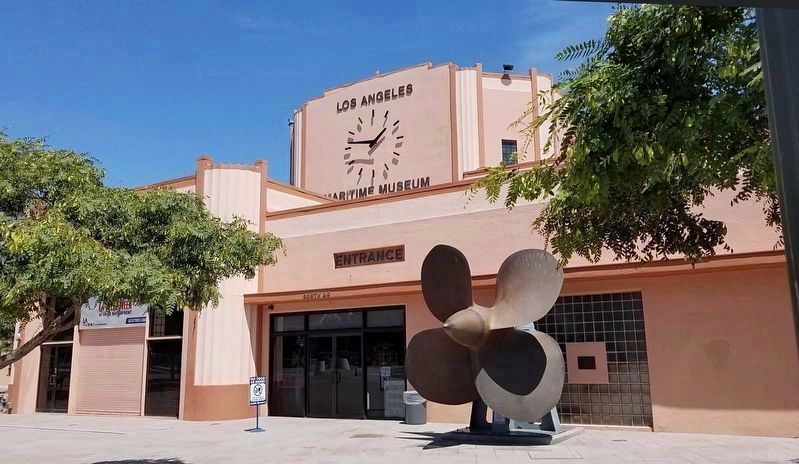 By Craig Baker, 2017
2. Municipal Ferry Building and Marker
The marker is behind the propeller.

Regarding Municipal Ferry Building.
Text from the interior exhibit in Photo 4:

Terminal Island.
Terminal Island forms the eastern side of the main channel of Los Angeles Harbor. When the ferry buildings opened in 1941, there were around 3,000 residents and almost 100 businesses operating on the island.
The majority of residents on Terminal Island were Japanese-American fisherman and cannery workers who lived near Fish Harbor where the fishing boats docked. The neighborhood had shops, restaurants and 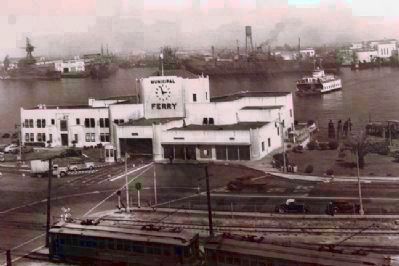 circa 1941
3. Municipal Ferry Building - 1941
Note ferry crossing the channel from the other, now-demolished ferry building, warships in background, and Pacific Electric interurban "Red Cars" in foreground.
offices of doctors, lawyers and dentists, and an elementary school.
Home No More. After the Japan[ese] attacked Pearl Harbor in December 1941, many Americans viewed Japanese Americans as the enemy. In February 1942, President Roosevelt signed Executive Order 9066 relocating all Japanese-Americans living on the West Coast to camps far inland. After the war the residents of Terminal Island returned to find their neighborhoods had been demolished. Some moved to nearby communities and continued fishing and working in the canneries in San Pedro. Others moved away and began new lives.

“Before”.
Since the 1870s there had been regular ferry service to Terminal. Starting in 1915, there was a “team ferry” that could take 10 horse drawn carriages or cars between 1st Street in San Pedro and Ferry Street on Terminal Island. By 1940 growing numbers of commuters had outgrown the “TF”, as it was known, and residents and business owners began advocating for the city to create its own ferry service. When the municipal ferry began running in 1941 the older passenger ferries served only at night.


Illustration captions:
The “TF” ready to cross the channel, ca. 1919.
The “ACI” leaving Terminal Island for San Pedro, ca. 1937.
The “TF” preparing to leave Terminal Island. Some of the people on board may be starting a day of work. 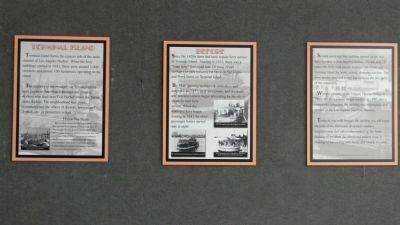 By Richard E. Miller, December 8, 2011
4. Inside the Maritime Museum
Histories of Ferry Boats and Terminal Island.
years ago this building opened as the new ferry terminal in Los Angeles Harbor. For the next 22 years, the ferry took people between San Pedro and Terminal Island for work, school, shopping and fun. The ferry service provided a vital link between the two parts of the community.
With the opening of the Vincent Thomas Bridge in 1963, the ferry was no longer needed. In 1980 after a community campaign, the building was refurbished and opened as the Los Angeles Maritime Museum.
Today as you walk through the building you will travel the path of thousands of cannery workers, longshoremen and sailors who walked up the ramp thinking of the work day ahead and walked down it thinking of the evening with family and friends to come. 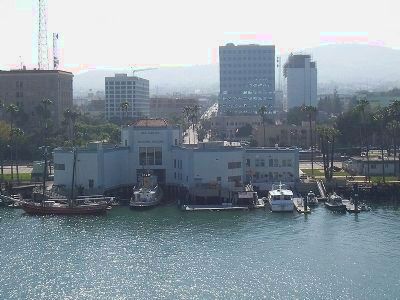 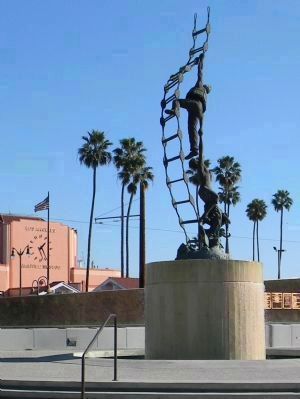 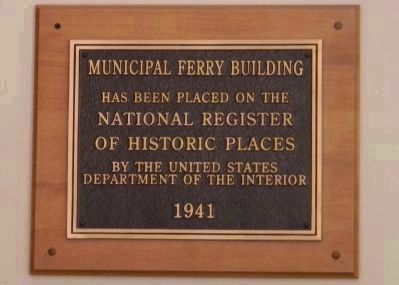