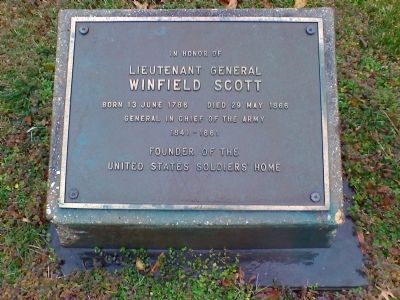 By Richard E. Miller, February 16, 2012
1. Winfield Scott Marker
Inscription.
Winfield Scott. .
In Honor of Lieutenant General Winfield Scott Born 13 June 1788 – Died 29 May 1866 General in Chief of the Army 1841 – 1861 Founder of the United States Soldiers Home. . This historical marker was erected in 1873. It is in Old Soldiers Home in Washington District of Columbia

Location. 38° 56.272′ N, 77° 0.788′ W. Marker is in Old Soldiers Home, District of Columbia, in Washington. Marker is on Marshall Drive Northwest east of MacArthur Drive Northwest, on the right when traveling east. Marker is on the grass in front of the "SCOTT" statue, off the Marshall Drive loop, southeast of the main entrance to the Armed Forces Retirement Home compound off Rock Creek Church and Scott Roads Northwest. Touch for map. Marker is at or near this postal address: 3700 North Capitol Street Northwest, Washington DC 20011, United States of America. Touch for directions.

Other nearby markers. At least 8 other markers are within walking distance of this marker. U. S. Soldiers' Home (approx. ¼ mile away); President Lincoln’s Cottage at the Soldiers’ Home (approx. 0.3 miles away); Memorial Day Order (approx. half a mile away); Grant Circle was named in honor of Ulysses S. Grant 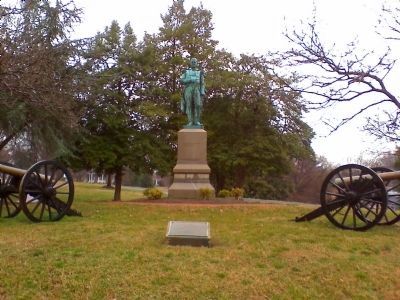 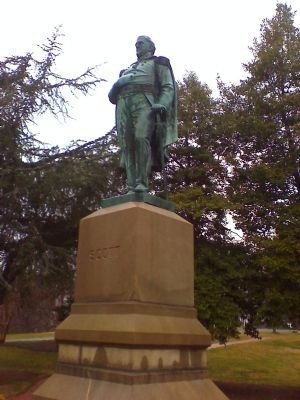 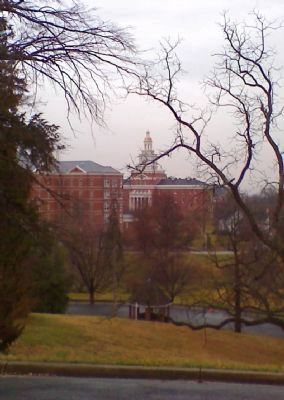 By Richard E. Miller, February 16, 2012
4. View from the Winfield Scott Marker,
- southeastward toward the King Health Center, and the landmark LaGarde Building. 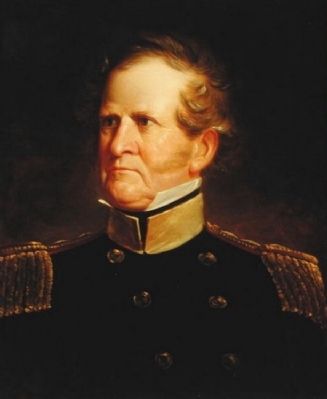