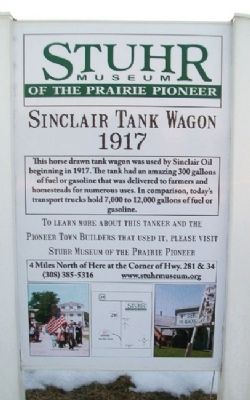 Photographed By William Fischer, Jr., February 18, 2012
1. Sinclair Tank Wagon, 1917 Marker
Inscription.
Sinclair Tank Wagon, 1917. . , This horse drawn tank wagon was used by Sinclair Oil beginning in 1917. The tank had an amazing 300 gallons of fuel or gasoline that was delivered to farmers and homesteads for numerous uses. In comparison, today's transport trucks hold 7,000 to 12,000 gallons of fuel or gasoline. . This historical marker was erected by Stuhr Museum of the Prairie Pioneer. It is Near Grand Island in Hall County Nebraska

Erected by Stuhr Museum of the Prairie Pioneer.

Topics. This historical marker is listed in these topic lists: Roads & Vehicles • Settlements & Settlers. A significant historical year for this entry is 1917. 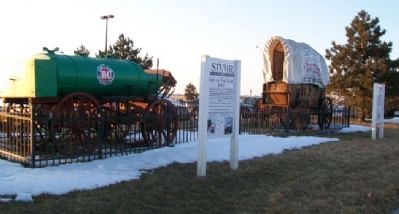 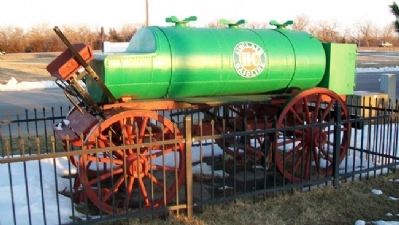