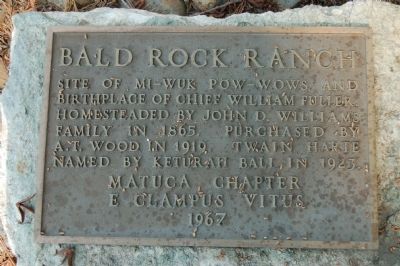 Site of Mi-Wuk Pow-Wows and birthplace of Chief William Fuller. Homesteaded by John D. Williams family in 1865. Purchased by A.T. Wood in 1919. Twain Harte named by Kerurah Ball in 1923.

Topics and series. This historical marker is listed in these topic lists: Native Americans • Settlements & Settlers. In addition, it is included in the E Clampus Vitus series list. A significant historical year for this entry is 1865.

Other nearby markers. At least 8 other markers are within 5 miles of this marker, measured as the crow flies. Sonora Mono Road (approx. 0.4 miles away); Confidence Mine (approx. 1.3 miles away); Sonora Pass – Mono Road 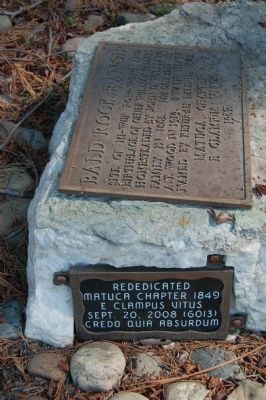 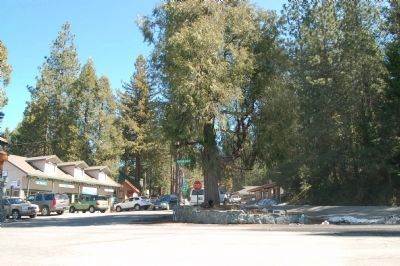