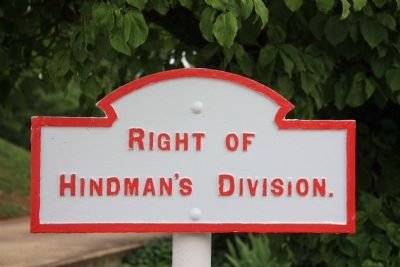 Location. 35° 2.848′ N, 85° 15.15′ W. Marker is in Chattanooga, Tennessee, in Hamilton County. Marker is at the intersection of North Crest Road and Cabin Road, on the right when traveling north on North Crest Road. This historical marker is located on the western crest of Missionary Ridge, between the DeLong Reservation and the Phelps Monument, on residential property, between a driveway and a nearby street. Touch for map. Marker is at or near this postal address: 270 North Crest Road, Chattanooga TN 37404, United States of America. Touch for directions. 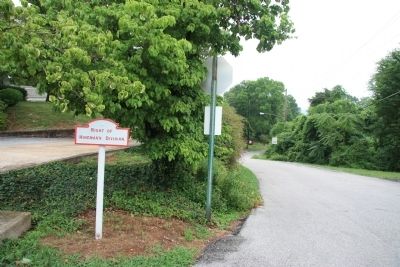 More about this marker. I recently noticed that on the Blog entitled "Battlefield Wanders" the following comment was made on March 11, 2008, in a discussion concerning the viewing of markers up on Missionary Ridge in general, and of this marker in particular: "One of my favorite oddities is this house. The two markers on either side of the driveway are for the right of Hindman's Division and the left of Cheatham's Division. I'd love to live here, then I'd tell people that I live at the junction of Hindman's and Cheatham's Divisions. Non Civil War people might never find the house but my friends would know in an instant, or at least need to consult a book before, finding my house." 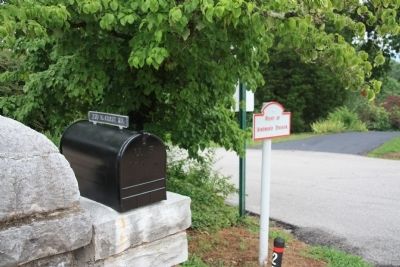 Photographed By Dale K. Benington, June 23, 2011
3. Hindman's Division Marker
View of the historical marker situated between the mailbox at 270 North Crest Road and the nearby Cabin Road. 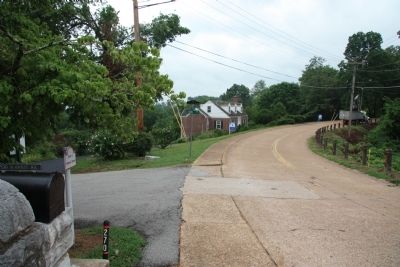