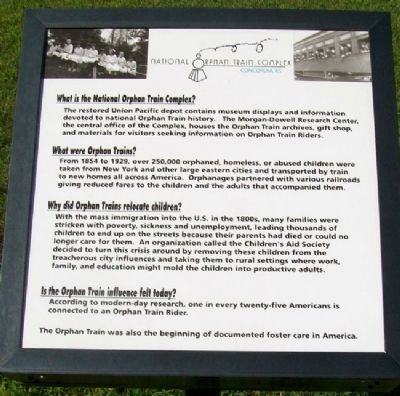 What were Orphan Trains?
From 1854 to 1929, over 250,000 orphaned, homeless, or abused children were taken from New York and other large eastern cities and transported by train to new homes all across America. Orphanages partnered with various railroads giving reduced fares to the children and the adults that accompanied them.

Why did Orphan Trains relocate children?
With the mass immigration into the U.S. in the 1800s, many families were stricken with poverty, sickness and unemployment, leading thousands of children to end up on the streets because their parents had died or could no longer care for them. An organization called the Children's Aid Society decided to turn this crisis around by removing these children from the treacherous 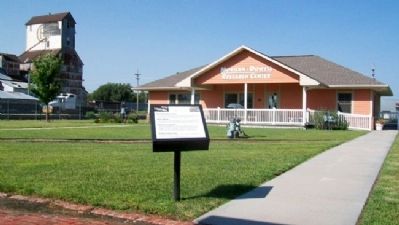 Click or scan to see
this page online
city influences and taking them to rural settings where work, family, and education might mold the children into productive adults.

Is the Orphan Train influence felt today?
According to modern-day research, one in every twenty-five Americans is connected to an Orphan Train Rider.

The Orphan Train was also the beginning of documented foster care in America.

Topics. This historical marker is listed in these topic lists: Agriculture • Charity & Public Work • Railroads & Streetcars • Settlements & Settlers. A significant historical year for this entry is 1854.