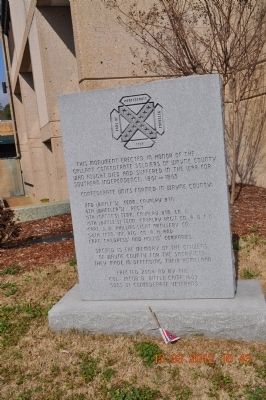 This Monument erected in honor of the gallant Confederate Soldiers of Wayne County who fought, died and suffered in the War for Southern Independence.
1861-1865

Sacred is the memory of the Citizens of Wayne County for the sacrifices they made in defending their homeland. 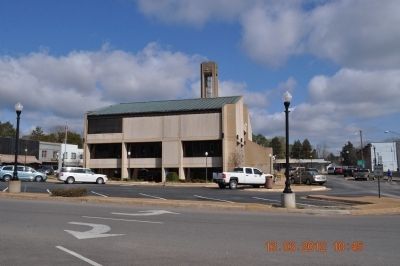 Click or scan to see
this page online
intersection of South Main Street and Hollis Street, on the right when traveling south on South Main Street. Touch for map. Marker is in this post office area: Waynesboro TN 38485, United States of America. Touch for directions.