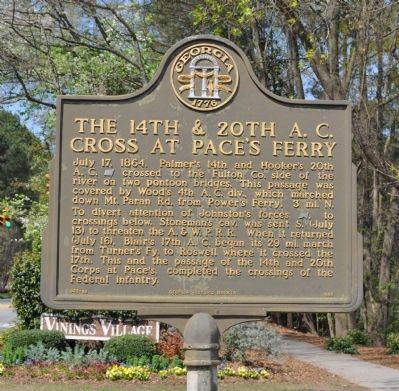 To divert attention of Johnston’s forces [CS], to crossings below, Stoneman’s cav. was sent S. (July 13) to threaten the A. & W. P.R.R. When it returned (July 16), Blair’s 17th A.C. began its 29 mi. march from Turner’s Fy. to Roswell where it crossed the 17th. This and the passage of the 14th and 20th Corps at Pace’s, completed the crossing of the Federal infantry.

Topics and series. This historical marker is listed in this topic list: War, US Civil. In addition, it is included in the Georgia Historical Society series list. A significant historical date for this entry is July 17, 1864. 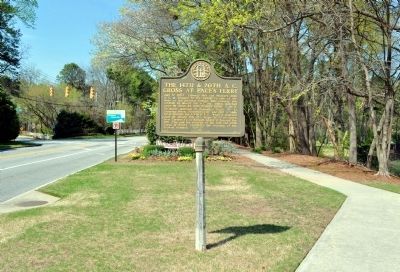 Click or scan to see
this page online
Drive, on the right when traveling west on Paces Ferry Road. Touch for map. Marker is in this post office area: Atlanta GA 30339, United States of America. Touch for directions.

More about this marker. This marker was erected in 1985, as a replacement for an earlier marker of the same title and text erected in the late 1950s by the Georgia Historical Commission. That marker had disappeared. Shortly after the installation of the replacement marker it vanished too, and a duplicate – this marker -- was cast and installed on this post. 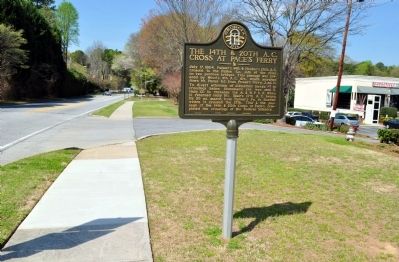