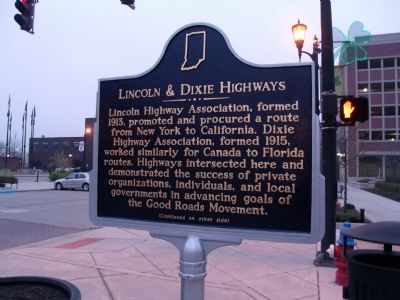 In 1880's, popularity of the bicycle increased public demand for improvement of roads, still built and maintained by local governments and residents. Transportation of agricultural products, free federal rural mail delivery, and mass production of automobiles increased demand for concrete roads; resulted in state and federal highway programs by 1920s.

Topics and series. This historical marker is listed in these topic lists: Industry & Commerce • Roads & Vehicles 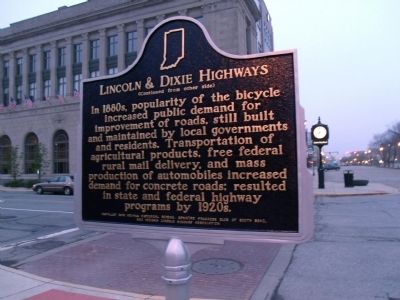 Click or scan to see
this page online
. In addition, it is included in the Indiana Historical Bureau Markers, and the Lincoln Highway 🛣️ series lists. A significant historical year for this entry is 1913. 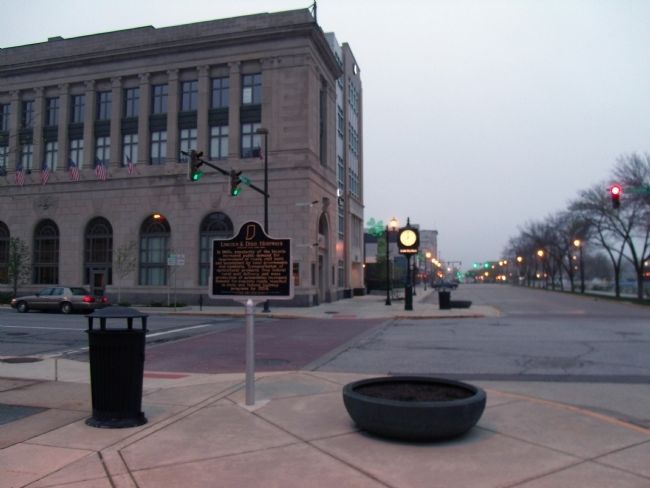