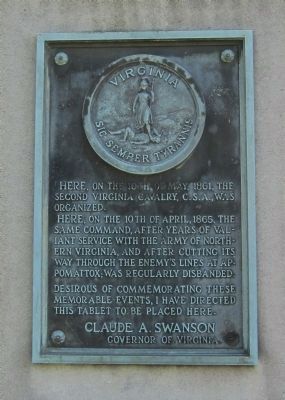 Here, on the 10th of April, 1865, the same command, after years of valiant service with the Army of Northern Virginia, and after cutting its way through the enemy's lines at Appomattox; was regularly disbanded.

Desirous of commemorating these memorable events, I have directed this tablet to be placed here.

Claude A. Swanson
Governor of Virgina

Erected 1913 by City of Lynchburg.

Topics. This historical marker is listed in this topic list: War, US Civil. A significant historical date for this entry is April 10, 1865.

Location. 37° 24.223′ N, 79° 9.862′ W. Marker is in Lynchburg, Virginia. Marker can be reached from the intersection of Park Avenue and Euclid Avenue, on the left when traveling west. Touch for map. Marker is at or near this postal address: 2100 Park Avenue, Lynchburg VA 24501, United States of America. Touch for directions. 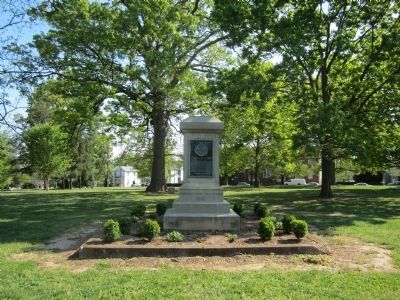 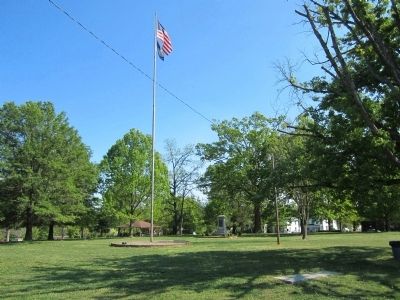