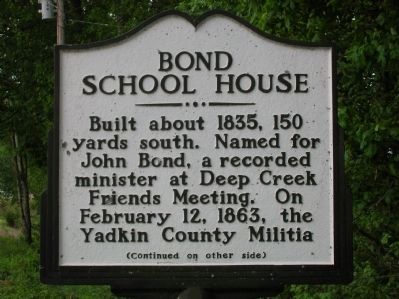 [Back:]
tried to arrest about 16 men who resisted conscription into the Confederate Army. Gunfire followed. Killed were Soloman Hinshaw, James West, Eck Allgood and John Williams.

Topics and series. This historical marker is listed in these topic lists: Education • War, US Civil. In addition, it is included in the Quakerism series list.

Other nearby markers. At least 8 other markers are within 7 miles of this marker, measured as the crow flies. Bond Schoolhouse (a few steps from this marker); Deep Creek Friends Meeting (about 300 feet away, measured in a direct line); 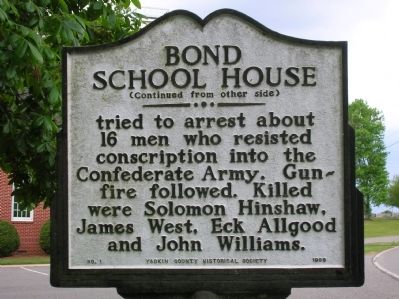 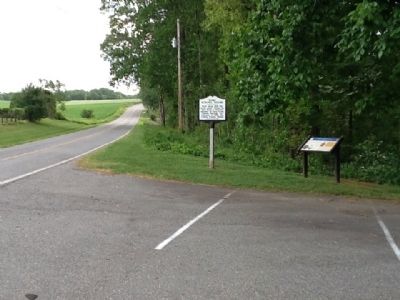