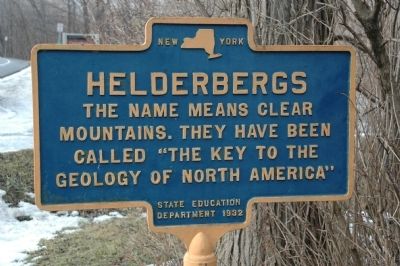 By Howard C. Ohlhous, January 28, 2012
1. Helderbergs Marker
Inscription.
Helderbergs. .
The name means clear mountains. They have been called "the key to the geology of North America" . . This historical marker was erected in 1932 by New York State Education Department. It is in Voorheesville in Albany County New York

The name means clear
mountains. They have been
called "the key to the
geology of North America"

Topics. This historical marker is listed in these topic lists: Environment • Natural Features.

Location. 42° 38.749′ N, 73° 59.791′ W. Marker is in Voorheesville, New York, in Albany County. Marker is on Thacher Park Road (County Route 157), on the right when traveling west. The marker is roadside in John Boyd Thacher State Park near the entrance to the Greenhouse & Yellow Rocks picnic areas. Touch for map. Marker is in this post office area: Voorheesville NY 12186, United States of America. Touch for directions. 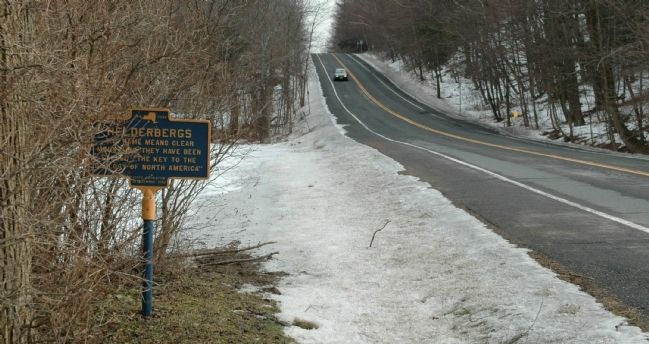 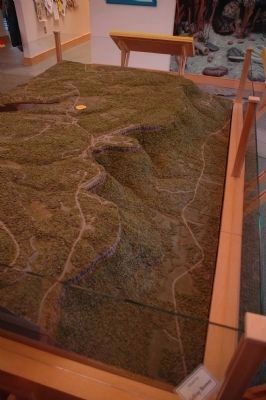 By Howard C. Ohlhous, February 22, 2012
3. Helderbergs Map
This model of the Helderberg Escarpment is on display at the Emma Treadwell Thacher Nature Center, which is located on the lands of Thompson's Lake State Park. 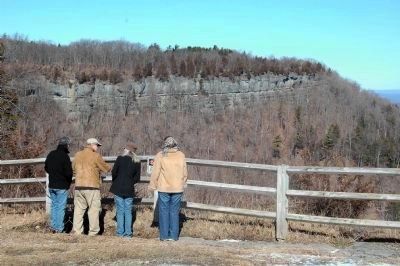