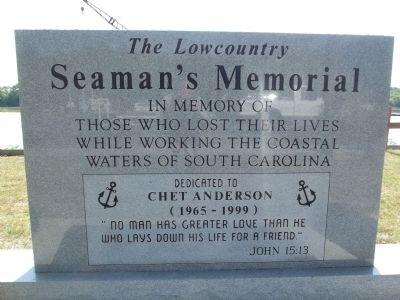 Photographed By Anna Inbody, April 28, 2012
1. The Lowcountry Seaman’s Memorial Marker
Inscription.
The Lowcountry Seaman’s Memorial, In memory of those who lost their lives while working the coastal waters of South Carolina., Dedicated to Chet Anderson (1965 ~ 1999) “No man has greater love than he who lays down his life for a friend” John 15:13 . This memorial is in McClellanville in Charleston County South Carolina

In memory of those who lost their lives while working the coastal waters of South Carolina.

Topics. This historical marker and memorial is listed in this topic list: Waterways & Vessels.

Location. 33° 4.829′ N, 79° 27.588′ W. Marker is in McClellanville, South Carolina, in Charleston County. Marker can be reached from Pinckney Street. Marker is by the canal near the Town Office. Touch for map. Marker is in this post office area: Mc Clellanville SC 29458, United States of America. Touch for directions. 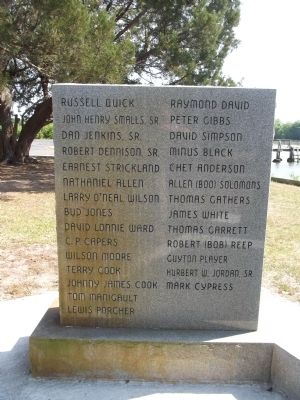 Click or scan to see
this page online
(approx. 0.4 miles away); St. James Santee Parish Church (approx. 6.3 miles away). Touch for a list and map of all markers in McClellanville. 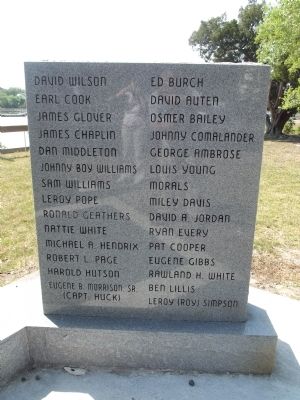 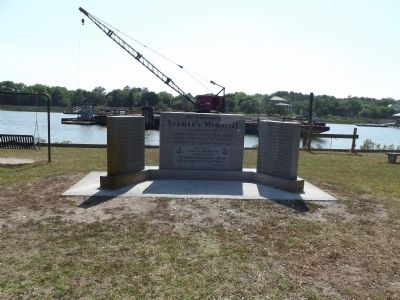 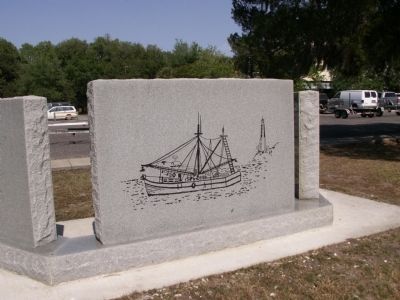 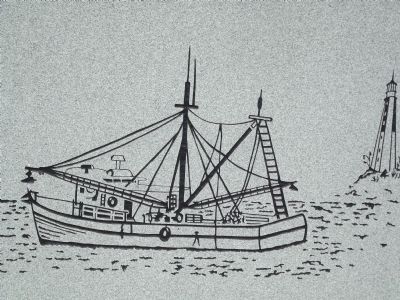