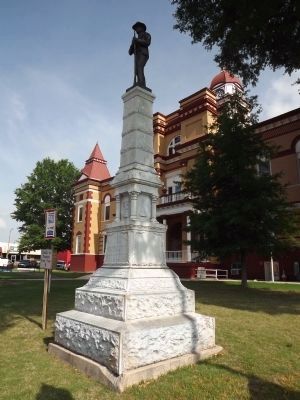 Erected to the memory of our Confederate Soldiers by the Russell-Hill Chapter of the United Daughters of the Confederacy. "Lest We Forget"

Erected 1907 by Russell-Hill Chapter of the United Daughters of the Confederacy.

Topics and series. This historical marker and memorial is listed in this topic list: War, US Civil. In addition, it is included in the United Daughters of the Confederacy series list. 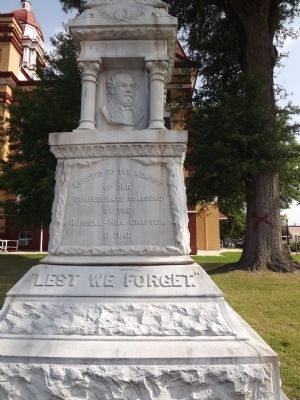 More about this memorial. Memorial is on the southeast lawn of the courthouse. It was relocated here in 1916.

Additional commentary.
1. Description of Monument.
A confederate soldier standing at parade rest. He wears a uniform which includes a brimmed hat. He holds the barrel of a rifle with both hands. The butt of the rifle rests on the plinth at his feet. His proper left leg is slightly bent and his proper left foot is slightly forward on the plinth. 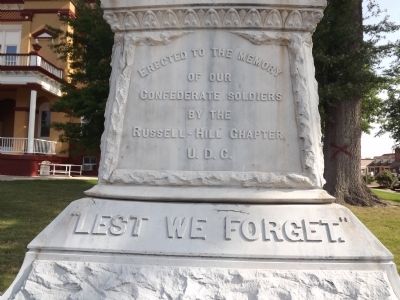