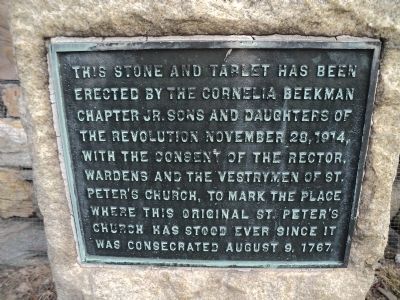 This stone and tablet has been erected by the Cornelia Beekman Chapter Jr. Sons and Daughters of the Revolution November 28, 1914, with the consent of the rector, wardens and the vestrymen of St. Peter’s Church, to mark the place where this original St. Peter’s Church has stood ever since it was consecrated August 9, 1767.

Erected 1914 by Jr. Sons and Daughters of the Revolution - Cornelia Beekman Chapter.

Topics. This historical marker is listed in these topic lists: Churches & Religion • Colonial Era. A significant historical date for this entry is November 28, 1752. 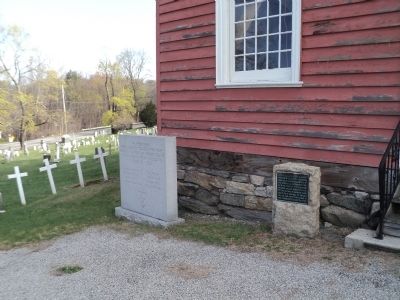 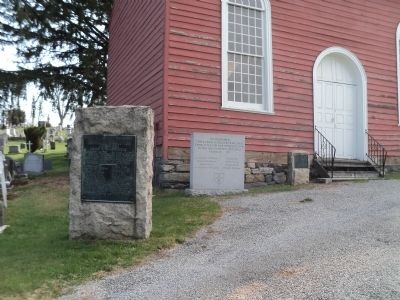 Photographed By Bill Coughlin, April 10, 2012
3. Marker in Hillside Cemetery
The marker is seen here to the left of the front door of St. Peter’s Church. 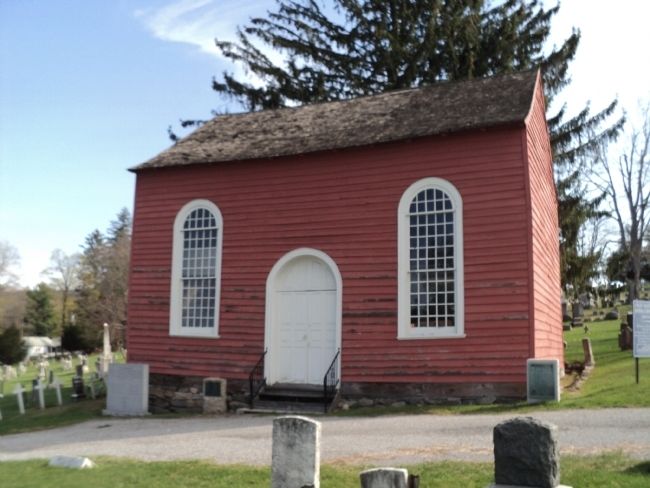