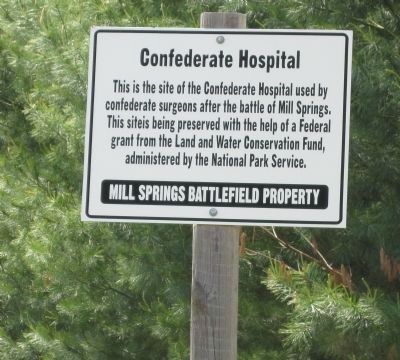 This is the site of the Confederate Hospital used by Confederate surgeons after the Battle of Mill Springs. The site is being preserved with the help of a Federal grant from the Land and Water Conservation Fund, administered by the National Park Service.

Location. 37° 2.786′ N, 84° 44.085′ W. Marker is near Nancy, Kentucky, in Pulaski County. Marker is on Kentucky Route 235, ¾ mile south of Kentucky Route 761, on the right when traveling south. Marker is at Tour Stop 4 of the Mill Springs Battlefield Driving Tour. Touch for map. Marker is in this post office area: Nancy KY 42544, United States of America. Touch for directions. 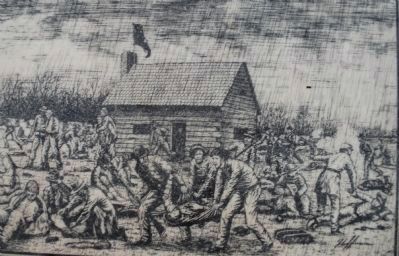 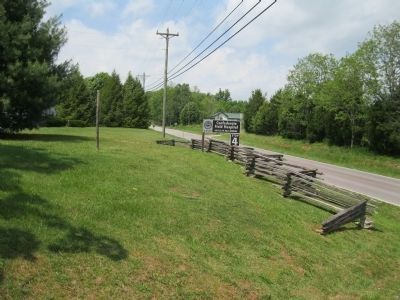 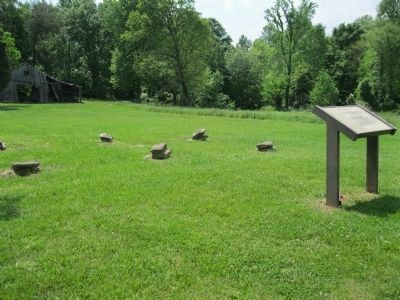