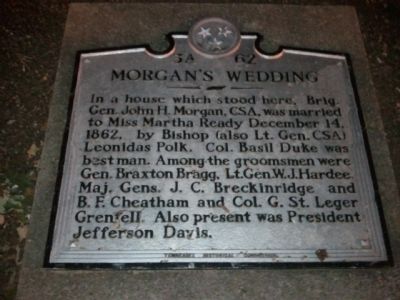 Regarding Morgan's Wedding. There is dispute about whether Jefferson Davis was actually at the wedding; he was in Murfreesboro the previous day, but is believed to have left on the morning of the 14th.