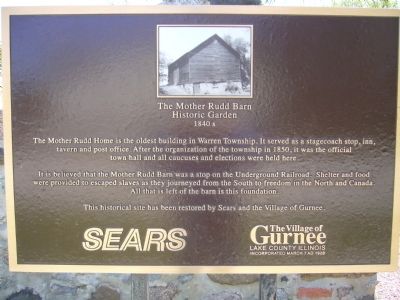 The Mother Rudd Home is the oldest building in Warren Township. It served as a stagecoach stop, inn, tavern and post office. After the organization of the township in 1850, it was the official town hall and all caucuses and elections were held here.

It is believed that the Mother Rudd Barn was a stop on the Underground Railroad. Shelter and food were provided to escaped slaves as they journeyed from the South to freedom in the North and Canada. All that is left of the barn is this foundation.

Additional Marker inside of barn
The Mother Rudd Barn

From all indications, a main line of the Underground Railroad ran through Lake County from Illinois across the state line to Wisconsin. Several sites have been identified as stops in Gurnee, Ivanhoe, Milburn and Waukegan. Oral tradition indicates that the Mother Rudd Barn was one of these stations on the Underground Railroad.
Many times slaves traveled along the riverbanks to avoid detection. The Mother Rudd House and Barn are less than 100 feet from the Des Plaines River making this a prime location for a stop. Furthermore, the Mother Rudd House 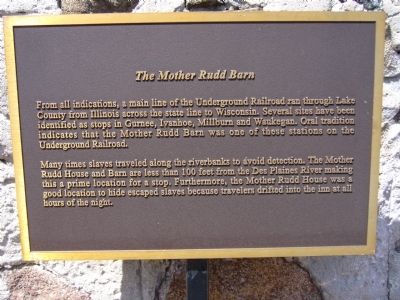 Click or scan to see
this page online
was a good location to hide escaped slaves because travelers drifted into this inn at all hours of the night.

Erected by Sears and the Village of Gurnee.

Topics. This historical marker is listed in these topic lists: Abolition & Underground RR • African Americans. A significant historical year for this entry is 1850. 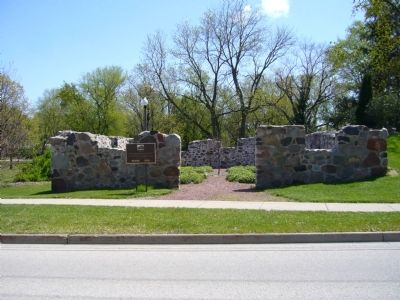 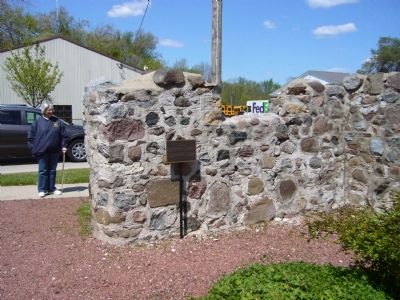 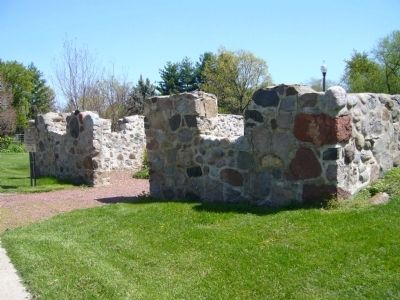 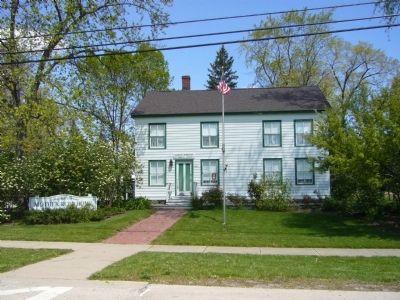