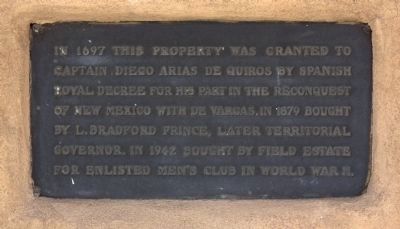 In 1697 this property was granted to Captain Diego Arias de Quiros by Spanish royal decree for his part in the reconquest of New Mexico with De Vargas. In 1879 bought by L. Bradford Prince, later Territorial Governor. In 1942 bought by Field estate for enlisted men’s club in World War II.

Topics. This historical marker is listed in these topic lists: Colonial Era • Notable Buildings. A significant historical year for this entry is 1697. 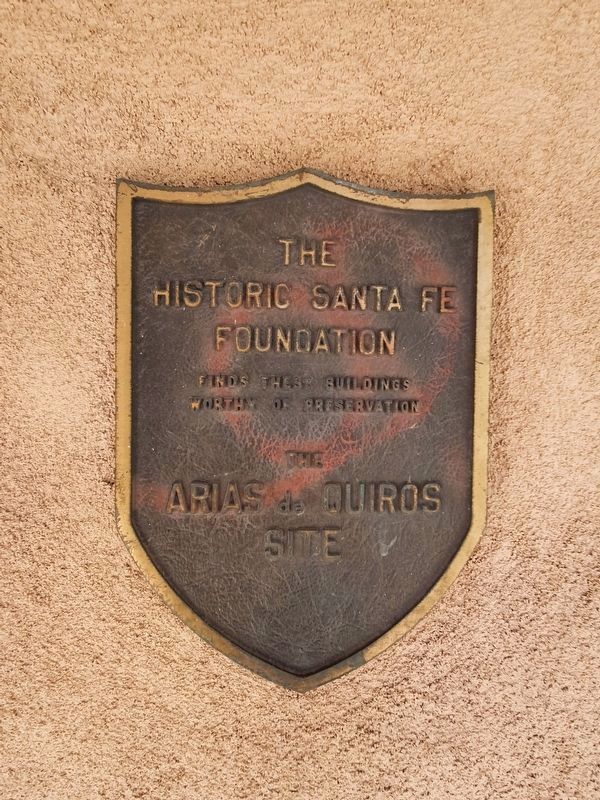 More about this marker. “De Vargas” on the plaque refers to Don Diego de Vargas (1643–1704) a Spanish governor of the New Spain territory of Santa Fe de Nuevo México, today the US states of New Mexico and Arizona. He is known for leading the reconquest of the territory in 1692 following the Pueblo Revolt of 1680. 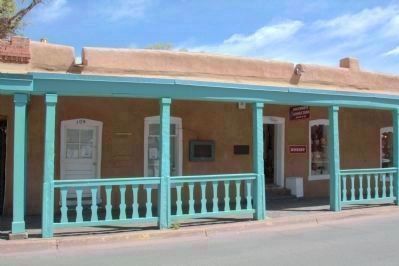 Photographed By J. J. Prats, April 13, 2012
3. Captain Diego Arias de Quiros Property and Marker
The marker is on the wall to the left of the door to the jewelry store. Access to other shops in the courtyard is through a breezeway out of frame on the right. 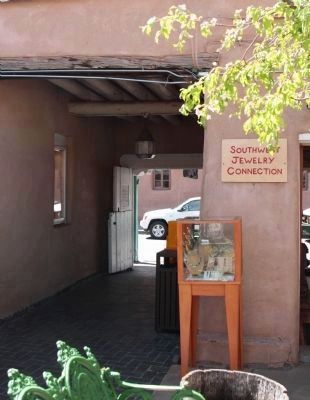