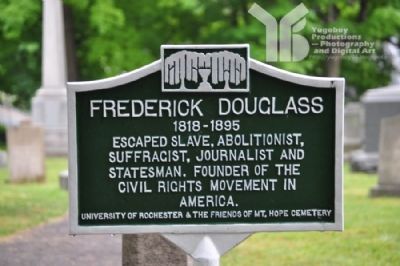 Photographed By Yugoboy, May 29, 2012
1. Frederick Douglass Marker
Inscription.
Frederick Douglass. Escaped Slave, Abolitionist, Suffragist, Journalist and Statesman. Founder of the Civil Rights Movement in America . This historical marker was erected by University of Rochester and Friends of Mt. Hope Cemetery. It is in Rochester in Monroe County New York

Erected by University of Rochester & Friends of Mt. Hope Cemetery.

Location. 43° 7.854′ N, 77° 36.902′ W. Marker is in Rochester, New York, in Monroe County. Marker can be reached from Mt. Hope Road. Marker is in Mount Hope Cemetery. The cemetery "road" it's on is Fifth. The easiest way to find it is to enter the southern Mt. Hope entrance (not the Elmwood entrance) turn right and stay on that road. It's at the top of the hill. Touch for map. Marker is in this post office area: Rochester NY 14620, United States of America. Touch for directions. 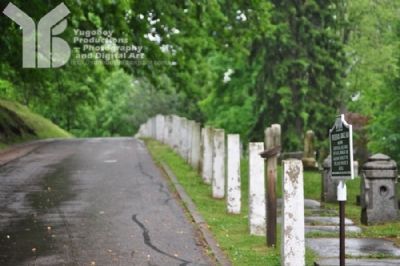 Photographed By Yugoboy, May 29, 2012
2. Frederick Douglass Marker
Facing North. There's not a lot of room, but if the cemetery isn't busy you can park on the side of the road away from the marker. Look out for the cement steps.

More about this marker. This marker is sited here because Douglass' grave is located there as well. As you can tell from the pictures, next to the marker is another marker with an arrow. Walk down the path to the next identical marker, turn left and go to the grave.

Regarding Frederick Douglass. 1 - Mt. Hope is one of America's oldest municipally owned cemeteries.
2 - Susan B. Anthony is buried here as well, but her grave is harder to find and is not graced with a marker.
3 - Once you are done visiting the grave, exit the cemetery. If you proceed to the north entrance, head south (right), if you exit the south entrance turn north (left). Look for Reservoir St. on the right. Turn there and drive to the end. Park and on the north side of the street is a small rise and deep bowl. There is a large statue of Frederick Douglass and a number of his quotes there. This statue was originally located downtown near the current train station, but was relocated in the 1970s. 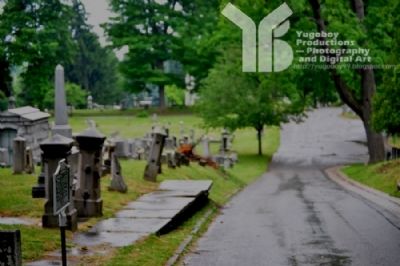 Photographed By Yugoboy, May 29, 2012
3. Frederick Douglass Marker
Facing South. There's not a lot of room, but if the cemetery isn't busy you can park on the side of the road away from the marker. Look out for the cement steps. 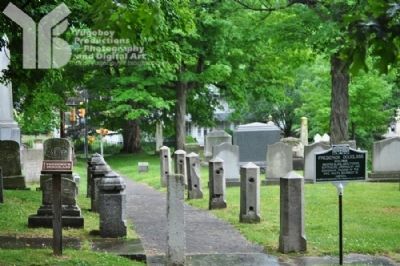 Photographed By Yugoboy, May 29, 2012
4. Frederick Douglass Marker and Directional Sign
The proximate relationship between the marker and the directional sign. 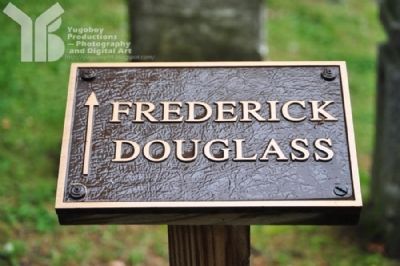 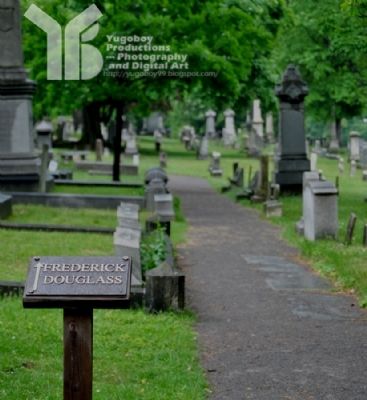 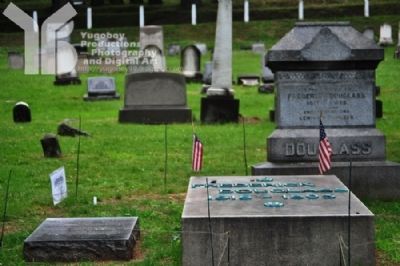