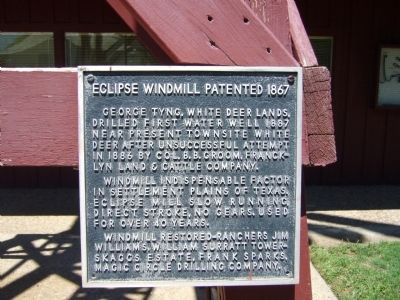 Location. 35° 20.773′ N, 101° 22.81′ W. Marker is in Panhandle, Texas, in Carson County. Marker can be reached from Elsie Avenue (State Highway 207) near East 5th Street, on the right when traveling south. Marker is on the grounds of the Carson County Square House Museum. Touch for map. Marker is at or near this postal address: 503 Elsie Avenue, Panhandle TX 79068, United States of America. Touch for directions.

Other nearby markers. At least 8 other markers are within walking distance of this marker. Pioneer Dugout (here, next to this marker); Texas Panhandle Pioneers: The Simms Brothers (a few steps from this marker); Temple Lea Houston 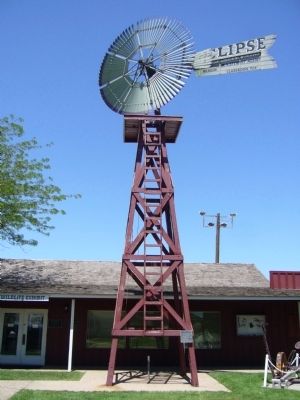