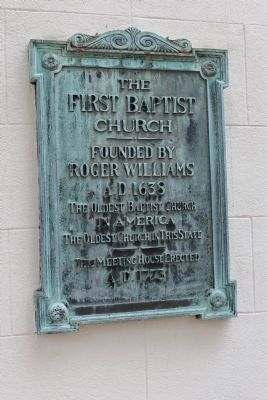 Founded by
Roger Williams
A.D. 1638
The oldest
Baptist Church
in America
The oldest church in this state
This meeting house erected
A.D. 1773

Topics and series. This historical marker is listed in these topic lists: Churches & Religion • Colonial Era. In addition, it is included in the National Historic Landmarks series list. 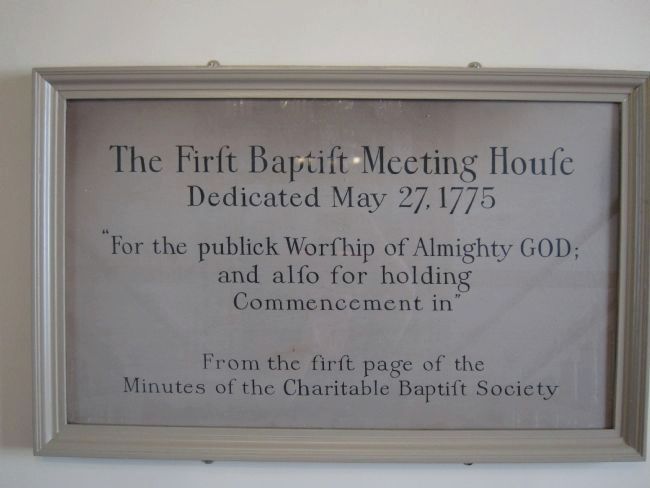 “For the publick Worship of Almighty GOD;
and also for holding Commencement in” 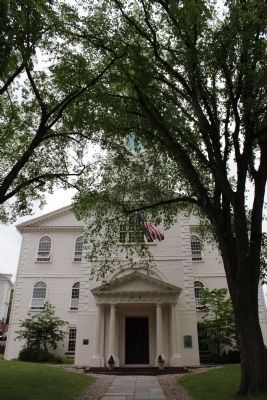 By Bryan Simmons, June 5, 2012
3. The First Baptist Church
The marker is visible to the right of the entrance door and the National Historic Landmark Plaque is seen to the left.
Columbia. 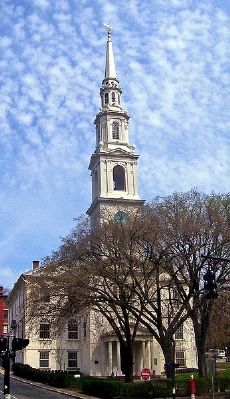 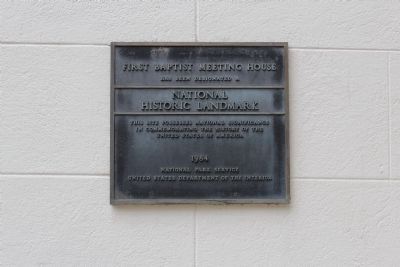