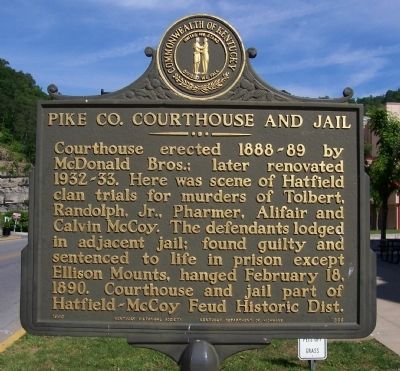 Topics and series. This historical marker is listed in this topic list: Law Enforcement. In addition, it is included in the Kentucky Historical Society, and the The Hatfield-McCoy Feud series lists.

Location. 37° 28.758′ N, 82° 31.036′ W. Marker is in Pikeville, Kentucky, in Pike County. Marker is on Division Street east of Main Street, on the right when traveling east. In front of the Pike County Courthouse. Touch for map. Marker is in this post office area: Pikeville KY 41501, United States of America. Touch for directions.

Other nearby markers. At least 8 other markers are within walking distance of this marker. County Named, 1821 (a few steps from this marker); To the Memory of the Revolutionary Soldiers 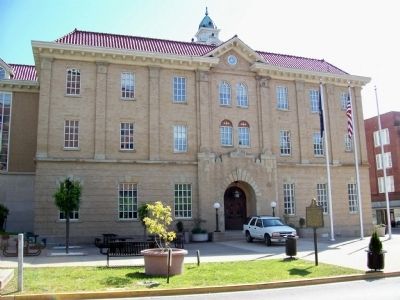